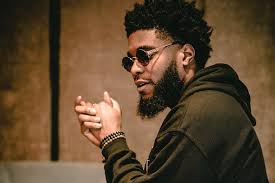 Big Krit Quotes – Big Krit is a rapper of America. He is also a record producer. Big Krit was born in Mississippi. In 2005 he started his music career. Big Krit also sings with Def Jam Recordings.

During singing with Def Jam Recordings, he released the song with the name of Country Shit. This song makes Big Krit famous everywhere. The song CountryShit was featured by Bun B and Ludacris.

In 2012 the first debut studio album of Big Krit was released. The name of this album was “Live from the Underground.” It was on number five at the BillBoard 200.

The second album of Krit was released in 2014. The name of this album was “Cadillactica.” This album also peaks at number 5. Big Krit inspired many people with his wonderful journey. For you, we have some famous Big Krit quotes. 2.”The more you walk with God, the harder it is to scrape your knee.”-Big Krit

3.”I remember when I fell from my first bike: There were no ‘Are you okays?’ and rarely ‘Are you alrights?'”-Big Krit

4.”Just dirt in my pockets, handful of gravel…That’s when I realized that getting up is only half the battle.”   -Big Krit

6.”There ain’t no time to be wasted, the world is going under… Nowadays, can’t tell Fall from Spring, and Winter from Summer.”-Big Krit

7.”My conversations with God always seem leave him speechless.”-Big Krit

12.”The stairway to heaven is packed…I’m in the lobby.”-Big Krit

13.”Too scared to go to sleep, cause most times I often doubt my dreams.”   -Big Krit

15.”The only difference between a winner and a loser is a winner plays until he wins.”-Big Krit

16.”Looking back on all the things I went through to get here. It was all worth it. It’s a blessing that I can write about it all.”  -Big Krit

17.”I pay homage and respect to Bobby Womack [for Black History Month] knowing that he passed last year… Him being one of those artists that I have really sampled so much and just been so inspired by… You know, he is the original ‘soul man.’”   -Big Krit

18.”Obama cool, but he ain’t sending me no free checks.”-Big Krit

19.”I’m still trying to do me and just make good music and quality music, music that you can feel.”  -Big Krit 21.”I started making my own beats because I just couldn’t afford to pay for the other ones.”-Big Krit

23.”If you never been to the top it’s something that you gotta see.” -Big Krit

25. “Tell all them haters congratulate us or fall back.”-Big Krit

26.”And they wonder why we bang. Cause police do the same, that’s the only rival gang. “-Big Krit

27.”Money comes and it goes ’til family’s all I got left. I’m seeing my growth, but I’m still from myself.”-Big Krit

28.”I came out my mommas womb breathing life into this pimpin.”-Big Krit

30.” I just wanna do some right with the ones I was dealt. My pride might be my downfall, but I ain’t asking for help.”-Big Krit

31.”Did too much dirt to talk to god nowadays- get the dial tone.” -Big Krit

32.”Said that I should cut my grass cause I’m surrounded by snakes. Not sure if that was metaphoric or if he had seen one today.” -Big Krit

33.”I’m doing the norm and not what it takes. I’ll keep folding my cards and you’ll keep raising the stakes. “-Big Krit

34.” He looked at me with so much pain in his eyes like he aint know: Being black and poor came with a price.”-Big Krit 36.”Imagine how you’d feel to know you work hard, and you educated and they treat you like you never made it. “-Big Krit

37.”Ain’t nothing for free so get your ass up. My partner said if we dont speed then they might pass us.”-Big Krit

38.”Fresh than a motherfucker I knew what it took. The thing that I’m giving you couldn’t get out a book. “-Big Krit

39.”Just be aware that everybody ain’t your friend. Theyll be gone with the wind once your jump shot dont go in.”-Big Krit

40.”It’s late but I’m out on the creep. It’s been a while since I heard you speak. Hard to rest when I’ve been on this road. All I want is you next to me because you help me sleep. “-Big Krit

45.”In the neighborhood package store. Mixing the good with the bad. Which flavors of life’s labor have you had? “-Big Krit

46.”Back on my grind again, wasting no time again. Putting it on the line, been losing I’m tryna win. “-Big Krit

48.”Some say that I switched up but most of them niggas done bitched up. If you ain’t ’bout your own people, what you gon’ raise your fists for?” -Big Krit

49.”And I just want to be fly. What good is a degree when there’s no jobs to apply? And fast food won’t do ’cause you overqualified. “-Big Krit Everyone wants to do something for their family and themselves. Many people work hard to achieve their dreams and goals. The one who can achieve things in life is the winner.

At the same time, the one who cannot achieve the things in life is not the loser. But there is only a small difference between the winner and the one who did not succeed.

“Never drop the ball, never accept a loss, get back up if you fall and when your numbers called, you better give your all.” -Big Krit

The winner is the one who never stops. He always plays until he wins. It is the only difference. A winner never loses hope and never stops working. He always works hard in life. The loser sometimes stops and gets disappointed.

Disappointment is not the solution to every problem. So try to work hard and never stop in life. By reading the quotes of Big Krit, you might get the inspiration. Do share these Big Krit Quotes with your friends.