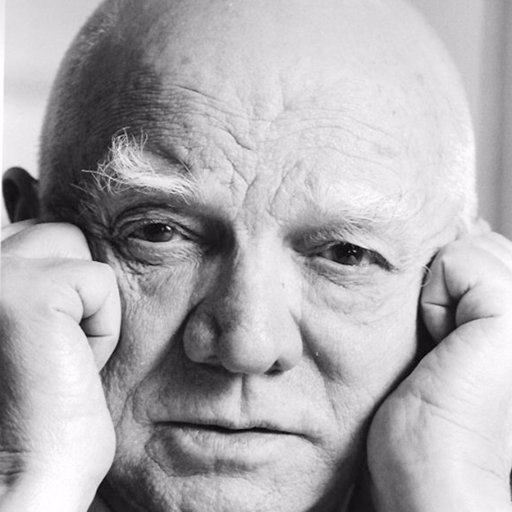 51 Most Popular Cus d’ Amato Quotes

Cus d’ Amato Quotes – Cus D’Amato was one of the greatest boxing trainers of his time. In his life, he trained and guided many famous boxers. Many boxers under his training became world champions.

Different well-known trainers have worked under the DIY guidance of Cus D’Amato. He was a wise and hard-working trainer. Cus d’ Amato also knew about the psychology of humans. Due to his abilities, he found many talented boxers and taught them about boxing.

Cus d’ Amato’s quotes has inspired a lot of athletes in their life. Sometimes you might feel down in sport or even life because of various reasons and find no way to move forward.

At that time, the inspiring quotes will help you a lot. For you, we have some Cus d’ Amato Quotes. Whenever you feel down, you must read these quotes. By reading these quotes, you will get the courage to stand up and fight again. 2“The fact that he is here and doing what he’s doing, and doing as well as he’s doing and improving as he has, gives me the motivation and interest to stay alive. I believe a person dies when they no longer want to live.” – Cus D’Amato

3“When you get to the point where you’re not excited and able, see that’s what you got to tell yourself, completely relax. Be able to see everything that’s going on and sense and anticipate shots, and that can’t happen unless you relax.”-Cus d’ Amato

5“It is the mark of a great fighter when he has character plus skill, because a fighter with character and skill will often rise and be a better fighter because of this.”-Cus d’ Amato

6“When a person’s interested in something, they’re willing to tolerate any kind of problems that may come up.”-Cus d’ Amato

7“I’m not a creator. What I do is discover and uncover. See my job is to take the spark and fan it. When it starts to become a little flame I feed it, and I feed the fire until it becomes a roaring blaze, and then when it turns to a roaring blaze I pour used logs on it. Then you really got a fire going.”-Cus d’ Amato

8“I feel that all boys growing up in the environment that he did would require help, patience and perhaps understanding cos’ I try to make them feel, and I hope I did, that I understand this kind of life. I grew up in a tough neighbourhood mysef.” – -Cus d’ Amato

9“If Ray Robinson is considering committing suicide, I don’t want to use Floyd Patterson as a vehicle.” – -Cus d’ Amato

10“I don’t allow people to intimidate me, for no other reason than to set an example for my boxers.”-Cus d’ Amato

11“A man who’s thinking or worried about getting hit is not gonna have a good sense of anticipation. He will in fact get hit.”-Cus d’ Amato

13“To see a man beaten not by a better opponent, but by himself is a tradgedy.”-Cus d’ Amato

14“Though he didn’t have skill, he had that quality of determination and he just kept coming even though he got hit with some good right hands on the jaw.” – -Cus d’ Amato

15“Character is that quality upon which you can depend under pressure and other conditions.”-Cus d’ Amato

16“You can teach better by setting examples, than we do by explaining and talking about them.”-Cus d’ Amato

18“Boxing is a sport of self-control. You must understand fear so you can manipulate it. Fear is like fire. You can make it work for you; it can warm you in the winter, cook your food when you’re hungry, give you light when you’re in the dark and produce energy. Let it go out of control and it can hurt you, even kill you…fear is a friend of exceptional people.”-Cus d’ Amato

19“I know you know how to handle them. I know you have an answer for anything they may try to do for you, or would do. So I think the outcome is predictable.” – -Cus d’ Amato 22“The fighter that’s gone into the ring and hasn’t experienced fear is either a liar or a psychopath.”-Cus d’ Amato

23“Remember, it’s always good to throw the punch where you can hit him and he can’t hit you. That’s what the science of boxing is all about.” – Cus d’ Amato

24“Since your style of fighting is dependent on split second timing – speed, coordination, as well as power – your reflexes will have suffered because of inactivity of 3 years, and in my opinion, the outcome would be very much in doubt.” – -Cus d’ Amato

25“No matter what anyone says, no matter the excuse or explanation, whatever a person does in the end is what he intended to do all along.”-Cus d’ Amato

26“Greatness is not a measure of how great you are but how great others came to be because of you.”-Cus d’ Amato

27“Boxing is entertainment, so to be successful a fighter must not only win but he must win in an exciting manner. He must throw punches with bad intentions.”-Cus d’ Amato

28“Losers are winners who quit, even if you lose, you still win if you don’t quit.”-Cus d’ Amato

29“The thing that bothers me about him is this; too frequently, whether he’s putting it on or not, too frequently he’s been taking solid punches with a consistency that’s bothering me.” -Cus d’ Amato

30“There is no such thing as a natural puncher. There is a natural aptitude for punching and that is different. Nobody is born the best. You have to practice and train to become the best.”-Cus d’ Amato

33″No matter what anyone says, no matter the excuse or explanation, whatever a person does in the end is what he intended to do all along.” 36.”To see a man beaten not by a better opponent but by himself is a tragedy.”-Cus d’ Amato

37.”I tell my kids, what is the difference between a hero and a coward? What is the difference between being yellow and being brave? No difference. Only what you do. They both feel the same. They both fear dying and getting hurt. The man who is yellow refuses to face up to what he’s got to face. The hero is more disciplined and he fights those feelings off and he does what he has to do. But they both feel the same, the hero and the coward. People who watch you judge you on what you do, not how you fee.”-Cus d’ Amato

38.”Fear is like fire. You can make it work for you: it can warm you in the winter, cook your food when you’re hungry, give you light when you are in the dark, and produce energy. Let it go out of control and it can hurt you, even kill you… Fear is a friend of exceptional people… You must understand fear so you can manipulate it.” -Cus d’ Amato

41.”There is no difference between a hero and a coward in what they feel. It’s what they do that makes them different. The hero and the coward feel exactly the same, but you have to have the discipline to do what a hero does and to keep yourself from doing what the coward does.”-Cus d’ Amato

42.”I believe nature’s a lot smarter than anyone thinks. During the course of a man’s life he develops a lot of pleasures and people he cares about. Then nature takes them away one by one. It’s her way of preparing you for death.”-Cus d’ Amato

46.”Boxing is a contest of character and ingenuity. The boxer with more will, determination, desire, and intelligence is always the one who comes out the victor.”-Cus d’ Amato

47.”Many people who have been around boxing all those years never had a champion, certainly a heavyweight champion….For that to happen in one’s lifetime is so improbable. I got Floyd Patterson, then, here, at the age of 76, I was fortunate to come in contact with this young man who has, in my opinion, all the requirements to be a champion that I believe he’s going to be, maybe the best that ever lived.”-Cus d’ Amato

48.”Emotions, particularly anger, are like fire. They can cook your food and keep you warm, or they can burn your house down.”-Cus d’ Amato

49.”Every fighter that ever lived had fear. A boy comes to me and tells me that he’s not afraid, if I believed him I’d say he’s a liar or there’s something wrong with him. I’d send him to a doctor to find out what the hell’s the matter with him, because this is not a normal reaction. The fighter that’s gone into the ring and hasn’t experienced fear is either a liar or a psychopath.” -Cus d’ Amato

50.”There are very few new things in this world, very few. That’s why people that are young, if they’re smart, try to profit from the experience of an older guy so they won’t have to go through all the pain and suffering. But a certain amount of pain and suffer is good, because it makes a person think they’ve learned.” -Cus d’ Amato In sport, a person only fails when he does not want to fight again. If he stands up and tries again, then nothing can stop him from getting success. If you are interested in something, then you can do anything about it.

Your passion for sports will take you to success. So if you have a passion for sport, then you can tolerate anything or any problem. Cus D’ Amato trained other boxers and helped them to find their inner strength.

“There is no such thing as a natural puncher. There is a natural aptitude for punching and that is different. Nobody is born the best. You have to practice and train to become the best.”-Cus d’ Amato

When you believe in yourself, you can get anything in your life, no matter how difficult it is. By reading the quotes of Cus D’ Amato, you will find your strength.

You can discover a way by which you can solve your problems and difficulties. Sometimes the wise words will give courage and strength to overcome the challenges. You can get the inspiration to fight for yourself. Do like, share, and comment on these Cus D’ Amato quotes.