Jack Lambert Quotes – Jack Lambert is a professional footballer of America. He has played in the National Football League as a linebacker. Jack Lambert was born in Mantua in Ohio. Jack Lambert became quite popular in 1990 by the Pro Football Hall of Fame.

He is known as the greatest linebacker of his era. Jack Lambert also has won the honor of Mid-American Conference linebacker. In his college life, he studied to become a veterinarian.

In the 11 year career, he played the role of linebacker for the winning teams of the Super Bowl. In his journey, Jack Lambert does a lot of hard work. He inspires others with his amazing journey.

Jack Lambert motivates people to work hard to achieve their dreams and desires. For you, we have compiled some famous Jack Lambert quotes. These quotes might inspire and motivate you in life. Do not stop in life and get your dreams. 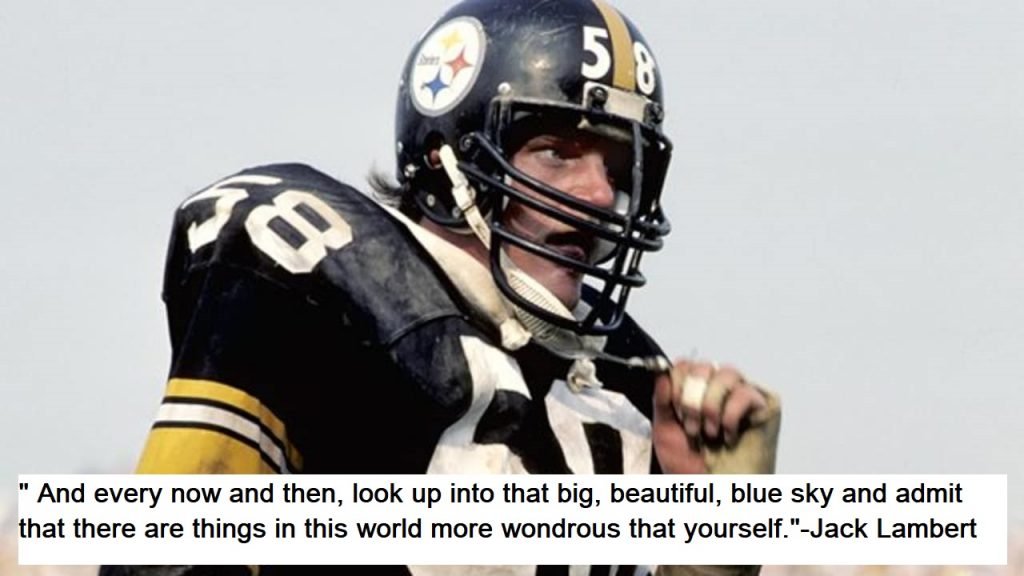 2.“I believe the game is designed to reward the ones who hit the hardest – If you can’t take it, you shouldn’t play!”-Jack Lambert

3.“The Steelers drafted guys who were bigger, stronger and faster than me, but they never found one who could take my job away from me.”-Jack Lambert

4.“Give me a 6 pack, half-hour of rest and lets go play them again – We can beat them.”-Jack Lambert

5.“Take pride in yourself. Be your own person.”-Jack Lambert

6.“How lucky I was to have played for the Pittsburgh Steelers fans. A proud, hard-working people, who loves their football, and their players.”-Jack Lambert

7.“If I could start my life all over again, I would be a professional football player, and you damn well better believe I would be a Pittsburgh Steeler.”-Jack Lambert

9.”Always take the time to show compassion for those less fortunate, and there are many.”-Jack Lambert

10.” Take the time to help a young child cross the street, or to carry a bag of groceries for an elderly lady.”-Jack Lambert 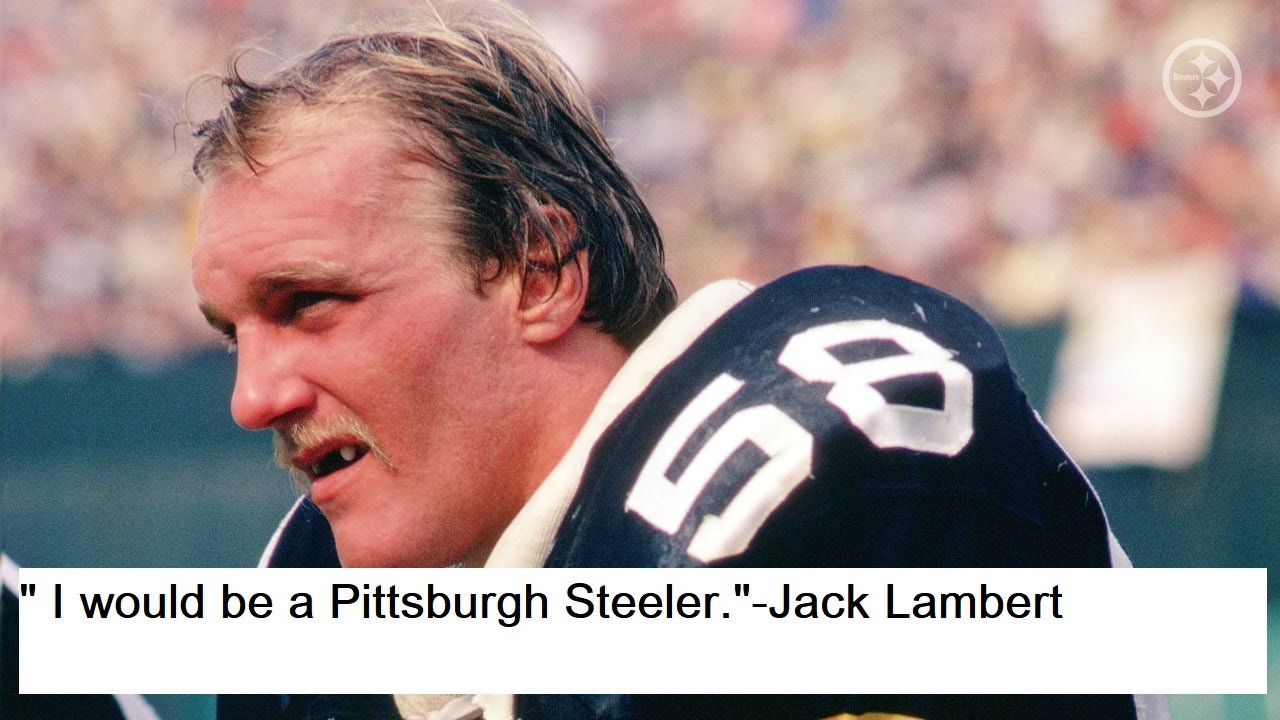 12.”Yes, I get satisfaction out of hitting a guy and seeing him lie there a while.”-Jack Lambert

13.”He had no teeth, and he was slobbering all over himself. I’m thinking.”-Jack Lambert

14.” ‘You can have your money back, just get me out of here.”-Jack Lambert

15.” Let me go be an accountant.” I can’t tell you how badly I wanted out of there.”-Jack Lambert

16.”Take pride in yourself. Be your own person.”-Jack Lambert

17.”They never found one who could take my job away from me.”-Jack Lambert

19.”There are things in this world more wondrous that yourself.”-Jack Lambert 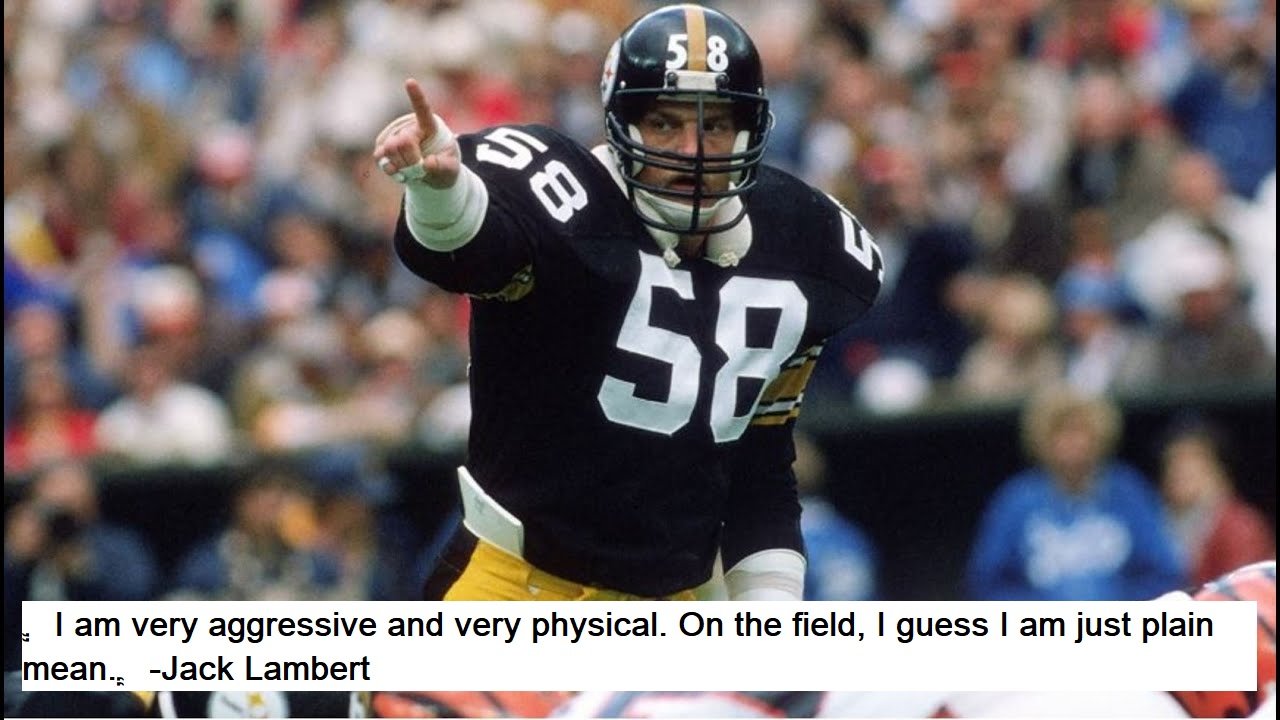 In this game, only those people win who work hard and play well. This means if you want to fulfill your dreams, then you have to work hard.

Many challenges and problems might stop you from moving forward. But you have to face all these problems. Jack Lambert, through his life, motivates other people to work hard and smarter.

He works hard and gets the reward. He inspires many people with his journey. By reading the quotes of Jack Lambert, you might get inspiration in life. Do like, share, and comment on these Jack Lambert quotes.