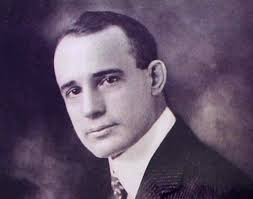 The Greatest Lessons from Napoleon Hill

Unquestionably, the Napoleon Hill journey has become the thing of a legend. At the turn of the twentieth century, the young reporter from Wise County, Virginia, was given a mission to interview the most successful individuals of his time.

As he progressed, he realized this quest would become the work of his life. It led him to interview more than five hundred of the most accomplished business leaders on the planet to uncover the secrets to their massive riches and determine whether average individuals could achieve the same level of success.

Hill was born in 1883 in a 1-room lodge on the Pounder River in Wise County, Virginia. He started his writing profession at the age of thirteen as a “mountain reporter” for a small-town tabloid. He went on to turn out to be the most beloved inspirational author of America.

Did you know that Hill met a lot of industry giants in his time? A few of them include the great Thomas Edison, The steel magnate Andrew Carnegie that despite coming in the U.S., a poor immigrant, managed to build up one of the enormous personal fortunes in the world, and the automobile giant Henry Ford.

Hill published his discoveries in his book “Think and Grow Rich” after over twenty-five years of research on these exceptional figures. The book defined a success formula referred to as the “achievement philosophy,” which is now a huge phenomenon.

Probably, the most significant exploration of Hill was that success does not discriminate. It comes to every person who does what needs to be done. Average individuals become extraordinary regardless of circumstances through the continuous application of a proven set of success principles. For Hill, the potential isn’t based on financial starting point, education, age, or any other observed adversity.

Did you know that Hill’s book would be called “Use Your Noodle and Get the Boodle?”

He told his publisher it should be the title of the book if he could not think of a decent title within twenty-four hours. Luckily, at 2:30 AM – with the book nearly on the printing press and having brainstormed more than 600 book titles, Napoleon came up with the title “Think and Grow Rich.”

Even though Hill passed away in 1970, it is no doubt he remains a strong influencer today. His memorable work has empowered many individuals within every industry in the world. Think and Grow Rich is the playbook, which has allowed numerous cultural icons, thought leaders, and entrepreneurs to rise above their situations.

His videotapes, cassettes, books, and other inspiring products are made accessible to the public as a service of the Foundation and you can also grab Think and Grow Rich from  Amazon.

Check out some of Napoleon Hill’s success quotes from this gem of a book below: