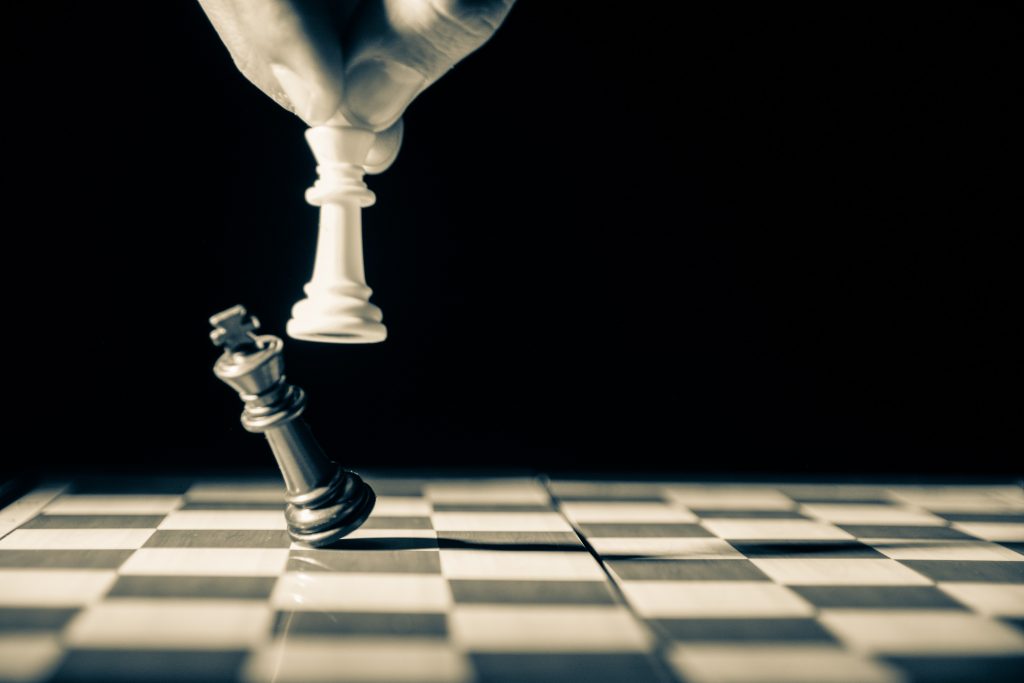 Never Interrupt Your Enemy When He is Making a Mistake

Never Interrupt Your Enemy When He is Making a Mistake – Allow your adversary to make a mistake without interrupting him! Know that in love and war, everything is on the table. When you’re in a competition, you should concentrate on your own task, and you should make the decision that you’re not there to aid others. You can’t afford to support everyone all of the time. For instance, if your opponent is preparing for a massive, slow roundhouse punch and you can see it coming a mile away in boxing. Allow them to throw their punch! Prepare to avoid it and, more significantly, to take advantage of the opportunity it presents.

“The only true wisdom is in knowing you know nothing”

Let’s imagine you notice your opponent make a mistake during a match. Do not interfere with your enemy’s completion of this blunder by misreading a situation or placing his men in a position that puts them at a disadvantage. Napoleon would win the battle and sometimes the war by attacking after a blunder. It simply implies that if you recognize your opponent is making a mistake, be kind enough to let them finish their mistake. In most cases, it works in your benefit.

Interrupting your adversary is completely pointless. When competing in a race, you should concentrate on your own task rather than worrying about what others are doing. Even if you witness your adversary making a mistake at the time, focus on your own work rather than pointing out their errors and assisting them in correcting them. In a battleground, your competition is your adversary, and if you continue to aid others, you will never be able to help yourself.

Read More:I Don’t Care What You Think About Me

“Start with what is right rather than what is acceptable”

There are instances when we go out of our way to help people, only to fail in the end. Instead of looking out for others and attempting to help them, you should always focus on giving your best and helping yourself first. It’s understandable that you feel it’s a little unfair at times, but rest assured that there’s nothing wrong with it. When you’re focused on your own assignment, you should be the one trying everything you can to crack it, by hook or by crook.

It is generally prudent to ensure that you are not using unethical tactics to achieve your goals, but make sure that you are only concerned with your own work and not obsessing about what others are doing.

Enemies are always going to be enemies. And it is safe to assume that everyone has one. Whether you are fully innocent or not, you must learn to fight and vanquish your adversaries as it is a necessary aspect of moving forward with your life and getting on with it. You can genuinely compare the two and anticipate the likelihood of winning during disputes if you understand both your strengths and efficiency, as well as your adversary’s. Only prepare to enter a battle if the outcome indicates that your side has a good chance of winning. Many leaders are aware of these beneficial characteristics, but only those who put them into practice will be successful.

As previously said, recognising your opponent’s strength is critical. After you’ve completely assessed your adversary’s skills, you’ll need to know how to put that information to work for you.

If the opponent is working on a foundation of fullness, which means that all five attributes are feasible, you should keep an eye on them and begin organising your forces. Ascertain that all sides are equally “satisfied” and mindful of potential conflict. Conflict should be avoided until your adversary’s circumstance changes. This is one of the reasons it’s crucial to know who your adversary is.

When your enemy realises you’re not going to fight, a space may open up. They can unwind and present an opening for an attack. In addition, your inaction may enrage the opposition leadership.

Read More: Your Beliefs Don’t Make You A Better Person

Continue to irritate and anger your adversary, because decisions taken in anger are frequently petulant and rash, which can work to your benefit. When you discover your enemy is enraged or angry, step aside to offer them the illusion of superiority or success. They may become arrogant or sloppy in their judgement, which leads to carelessness. If the enemy no longer sees you as a threat, they will undervalue you or disregard you as a foe. This arrogance offers the ideal climate for you to attack them successfully.

Why try to be more honest and compassionate when you already know you’ll be wounded in the long run? Simply focus on your own duty and do your best in all you do, while allowing your adversaries to make as many mistakes as they want.