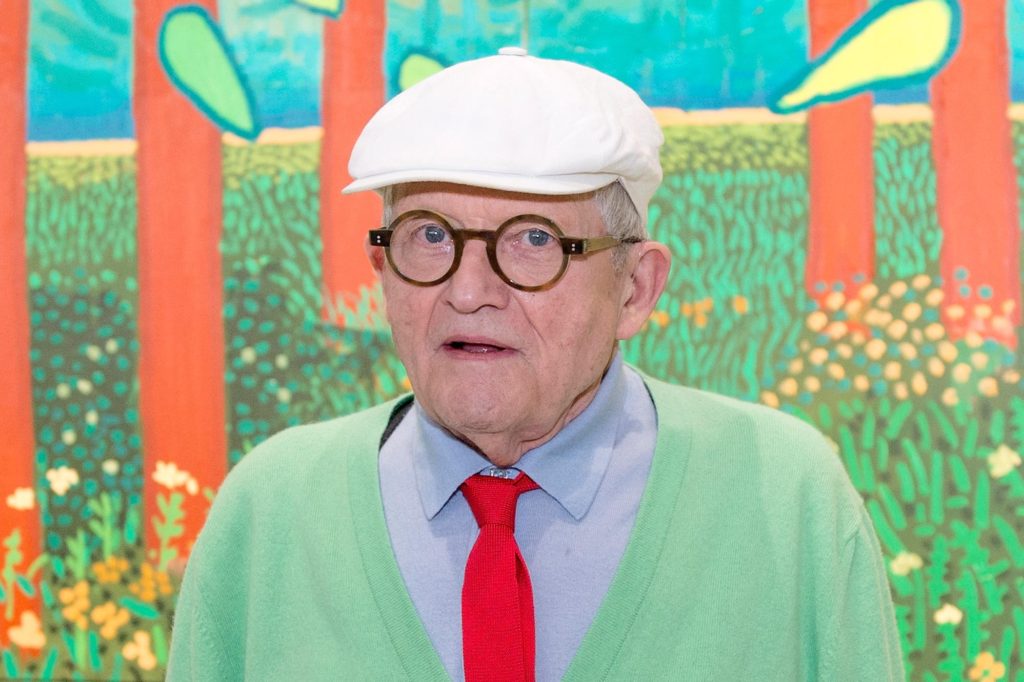 51 David Hockney Quotes That Will Inspire You

David Hockney Quotes – David Hockney is a photographer, printmaker, and draftsman. He is also a painter and stage designer. In the 1960s, David Hockney was an essential contributor to the movement of pop art.

After this movement in the 20th century, he was considered an influential artist of British. He is known for his remarkable skills. David Hockney owned his studio in London and Bridlington. He also owned two residences in California, one in Malibu and the other in Hollywood Hills.

David Hockney encourages others with his words. According to him, if you want to be an expert in anything or any field, then you have to practice it. By doing practice, you can even make complicated things easier and straightforward for you.

For inspiring you, we have some famous quotes from David Hockney. These quotes will motivate and inspire you in life. David Hockney will change your perspective of seeing the world. 2.”If you see the world as beautiful, thrilling and mysterious, as I think I do, then you feel quite alive.” -David Hockney

3.”It takes a long time to make it simple.” -David Hockney

4.”What an artist is trying to do for people is bring them closer to something, because of course art is about sharing. You wouldn’t be an artist unless you wanted to share an experience, a thought.” -David Hockney

5.”We don’t all see the same way at all. Even if I’m sitting looking at you, there is always the memory of you as well. And a memory is now. So someone who’s never met you before is seeing a different person. That’s bound to be the case. We all see something different. I assume most people don’t look very hard at anything.” -David Hockney

6.”If we are to change our world view, images have to change.” -David Hockney

7.”Enjoyment of the landscape is a thrill.” -David Hockney

10.”I draw flowers every day and send them to my friends so they get fresh blooms every morning.” -David Hockney

11.”In art, new ways of seeing mean new ways of feeling; you can’t divorce the two, as, we are now aware, you cannot have time without space and space without time.” -David Hockney

13.”There is nothing wrong with photography, if you don’t mind the perspective of a paralysed Cyclops.” -David Hockney

14.”You must plan to be spontaneous.” -David Hockney

15.”Listening is a positive act: you have to put yourself out to do it.” -David Hockney

16.”Art has to move you and design does not, unless it’s a good design for a bus.” -David Hockney

17.”I have always believed that art should be a deep pleasure…ther e is always, everywhere, an enormous amount of suffering. But I believe my duty as an artist is to overcome and alleviate the sterility of despair…New ways of seeing mean new ways of feeling… I do believe that painting can change the world.” -David Hockney

18.”Nature, never, never let’s you down, it’s not a cliché, nature isn’t a cliché, pictures might be, but you can get tired of pictures.” -David Hockney

19.”I think I’m greedy, but I’m not greedy for money – I think that can be a burden – I’m greedy for an exciting life.” -David Hockney 21.”No matter what the illusion created, it is a flat canvas and it has to be organized into shapes.” -David Hockney

22.”I can get excitement watching rain on a puddle. And then I paint it. Now, I admit, there are not too many people who would find that exciting. But I would. And I want life thrilling and rich. And it is. I make sure it is.” -David Hockney

23.”The video camera dominates art. It’s a bore, it makes everything look a bit the same. If you look at things with a pencil and paper in your hand, you are going to see far more.” -David Hockney

25.”Modernism in a way, early modernism, for instance, in pictures, was turning against perspective and Europe. And all early modernism is actually from out of Europe, when you think of cubism is African, is looking at Africa, Matisse is looking at the arabesque, Oceania. Europe was the optical projection that had become photography, that had become film, that became television and it conquered the world.” -David Hockney

26.”California is always in my mind.”-David Hockney

27.”About shadows: do we see shadows? Loads of people don’t. A camera will notice a shadow, but how many people have got a shadow in front of them when they take a picture and don’t notice it, and then they see it in the photograph because the photograph will catch the shadow.”-David Hockney

28.”How difficult it is to learn not to see like cameras, which has had such an effect on us. The camera sees everything at once. We don’t.”-David Hockney

29.”The moment you cheat for the sake of beauty, you know you’re an artist.”-David Hockney

30.”I think photography has made us see the landscape in a very dull way – that’s one of its effects. It’s not spatial.”-David Hockney

31.”The thing with high-tech is that you always end up using scissors.”-David Hockney

32.”…all along I’ve had an ambivalent relationship to photography – but as to whether I thought it an art form, or a craft, or a technique, well, I’ve always been taken with Henry Geldzahler’s answer to that question when he said, I thought it was a hobby.”-David Hockney

34.”Drawing makes you see things clearer, and clearer and clearer still, until your eyes ache.”-David Hockney 36.”Being able to draw means being able to put things in believable space. People who don’t draw very well can’t do that.”-David Hockney

38.”I’ve always been a looker. Loads of people say, “I never saw that” – but that’s what artists do.”-David Hockney

39.”In the end nobody knows how it’s done — how art is made. It can’t be explained. Optical devices are just tools. Understanding a tool doesn’t explain the magic of creation. Nothing can.”-David Hockney

41.”Laugh a lot. It clears the lungs.”-David Hockney

43.”Water in swimming pools changes its look more than in any other form its colour can be man-made and its dancing rhythms reflect not only the sky but, because of its transparency, the depth of the water as well. If the water surface is almost still and there is a strong sun, then dancing lines with the colours of the spectrum appear everywhere.”-David Hockney

44.”I’ve always said that the only thing a photograph is good at capturing faithfully is another flat surface.”-David Hockney

45.”It is very good advice to believe only what an artist does, rather than what he says about his work.”-David Hockney

46.”Everything does come from nature. That’s where you get new ideas. Just draw the landscape. I felt doing it with a bit of burnt wood was also good because I was drawing burnt wood with a piece of wood. I wanted to do black and white. After using color, I thought black and white would be good. You can have color in black and white. There is color in them, actually.”-David Hockney

47.”People tell me they open my e-mails first, because they aren’t demands and you don’t need to reply. They’re simply for pleasure.”-David Hockney

48.”People from the village come up and tease me: ‘We hear you’ve started drawing on your telephone.’ And I tell them, ‘Well, no, actually, it’s just that occasionally I speak on my sketch pad,'”-David Hockney

49.”Of course you can still paint landscape – it’s not been worn out.”-David Hockney

50.”I’m interested in all kinds of pictures, however they are made, with cameras, with paint brushes, with computers, with anything.”-David Hockney We often want to share our ideas or experiences but do not find any way to do so. At that time, the work of art will help you. By doing art, you can easily share your thoughts with people.

By any art or painting, a painter can easily bring people with different thinking closer. Different people know your thoughts and perspective. The main aim of art is sharing thoughts or experiences with others.

“I think I am seeing more clearly now than ever.”-David Hockney

By this, you can change the perspective and the image of the world. David Hockney motivates and encourages several people with his work. People see a different perspective of the world in David’s arts.

Because of his art, David Hockney is known as one of the most influential artists of British. What do you think about these David Hockney quotes? Do you like these quotes? If yes, then share these with your friends.