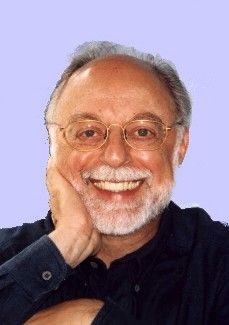 Who is Fred Alan Wolf

If you have never heard of Fred Alan Wolf, let me give you a brief intro. The man is an inspiration and I am honored to get the opportunity to have him on this blog. He is a distinguished American physicist whose passion and contributions in the field of quantum physics has earned him the name ‘Doctor Quantum’.

Born to Jewish parents in 1934, Fred Alan Wolf has had a life long passion in physics. According to lifeboat.com, the news on the first atomic explosion inspired Fred Alan Wolf from a young age to take a strong interest in quantum physics.

He pursued his interest and in 1963 he was awarded a Ph.D. in Theoretical Physics from the University of California. Since then, Wolf has continued researching and contributing to the academic field. His influence has not only been in the United States but he has in London and Paris.

According to lifeboat.com, “His investigations have taken him from intimate discussions with physicist David Bohm to the magical and mysterious jungles of Peru, from master classes with Nobel Laureate Richard Feynman to the high deserts of Mexico, from a significant meeting with Werner Heisenberg to the hot coals of a firewalk.”

Fred Alan Wolf’s ideas have made him a prominent figure in his field and you may have seen him on television shows such as The Discovery Channel’s The Know Zone, Sightings, The Thinking Allowed Television Series, The Malone show, The Evidence for Heaven, Star Trek IV, Special Collector’s edition,  The Case for Christ’s Resurrection, Down the Rabbit Hole, and the PBS series Closer to Truth.

You can get to know Fred Alan Wolf more through his several books that are not only inspiring but leading edge so to speak.

Here is a man who will be remembered for generations to come. To be known as Doctor Quantum demonstrates that Fred Alan Wolf has made significant contributions to quantum physics. What started as a fascination at an early age leaves a remarkable legacy in movies, academic research, books and several interviews. What an inspiration!