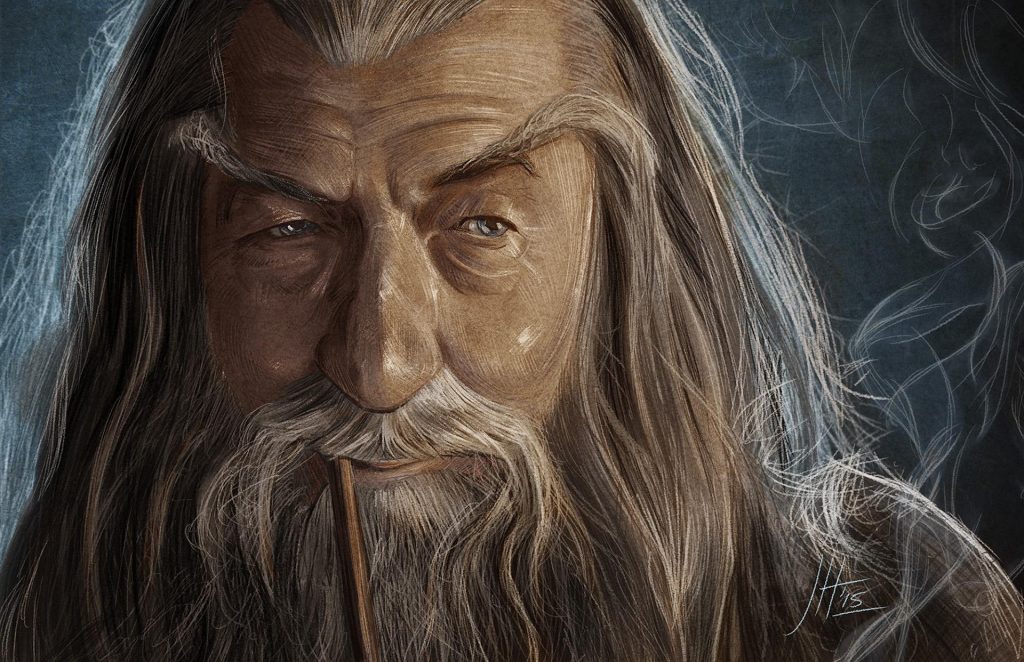 Gandalf Quotes – Gandalf is a protagonist, a wizard in the novels named The Hobbit and The Load of the Rings, written by J. R. R. Tolkien. As the bearer and the wizard of a Ring of Power, he is compassionate and has great powers but works mostly by encouraging and persuading.

He is one of the Istari order and the mentor and leader of the fellowship of the Ring. The writer J. R. R. Tolkien took the name Gandalf from the Old Norse in the Voluspa.

Possessing great knowledge, power, and traveling continually, he sets out as Gandalf the gray and focuses on the mission to counter the Dark Lord Sauron. His ring being Narya, the Ring of Fire, and is associated with Fire.

Tolkien once describes this character as an angel incarnate but later on both he and other scholars have likened this character to the NGO (Norse God Odin) in his Wanderer Guise.

While on the other hand, others have portrayed this character as a mentor who helps the protagonist, comparable to the Cumaean Sibyl who assisted Virgil himself in Dante’s Inferno, Aeneas in Virgil’s The Aeneid, and as a Christ-figure, a diviner.

If we take a look at the etymology of the word Gandalf, then we should say that Tolkien derived this name from Gandalfr. In Old Norse, the name means staff-elf. This is reflected over is name Tharkun that is sad to mean Staff-man one of Tolkien’s invented languages.

“Only a small part is played in great deeds by any hero.”

His first appearance was claimed in The Hobbit (1937) and the last appearance in Unfinished Tales (1980) as a Tolkien character. Here we bring some exceptional quotes about Gandalf that took his elegance in the novels and make his own fan base. You can not only get inspiration but also enjoy some effective lessons about things you face in your life.