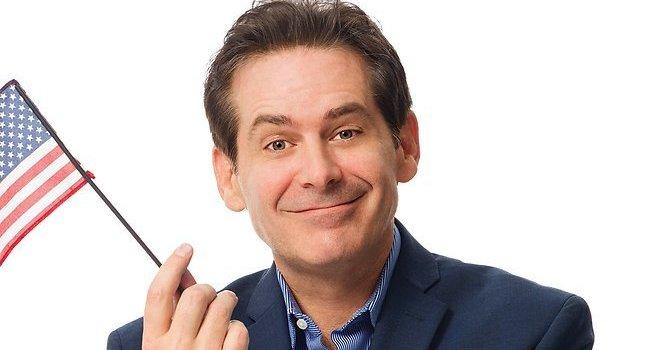 He was born in southwest Chicago. In 1989 Jimmy Dore started his career. He wants to become a comedian by seeing different late-night talk shows. There is some stand-up comedian that inspires Dore a lot.

These stand-up comedians include George Carlin, Bill Hicks, and Jerry Seinfeld. He appears as a stand-up comedian in shows like ABC’s Jimmy Kimmel Live, NBC’s Late Friday, and The Late Show with Craig Kilborn.

Jimmy Dore inspires many other people with his work. For inspiring you, we are compiling some famous Jimmy Dore quotes. 3.“It used to be the role of the Fourth Estate to monitor our politicians and their donators. But the criminals got smart and decided to buy the watchdog, too.”-Jimmy Dore

4.” Now there is nobody watching the store, and the dog has been hired by the very criminals they are supposed to be watching.”-Jimmy Dore

5.“The liberty of a democracy is not safe if the people tolerate the growth of private power to a point where it comes stronger than their democratic state itself. That, in its essence, is fascism—ownership of government by an individual, by a group.”         -Jimmy Dore

6.“Women wouldn’t even be an issue if we all gestated our young in fleshy pods the way Scientologists do.”-Jimmy Dore

7.” However, for the most part, humans are made inside women. It’s super gross. Also a miracle, or whatever.”-Jimmy Dore

8.“We’re a nation of adult children of alcoholics. We don’t get mad at the people who are inflicting the pain in this country.”-Jimmy Dore

9.” We get mad at the people who are pointing it out.”-Jimmy Dore 11.” As I’ve said again and again, if you subsidize something, you get more of it; subsidizing unemployment leads to more unemployment.”-Jimmy Dore

12.”And the reason why it took them so long to impeach him… or to start an impeachment trial, is because they had to find a crime that Trump committed that they were not also complicit in.”-Jimmy Dore

14.“I grew up as a democrat so I always thought that it was just half the govt that was evil. But now of course I’m a little bit more of a grown up and I understand that it’s actually one party rule. and its professional wrestling.”-Jimmy Dore

15.”The thing I can’t take is being nice to people and asking them for money.”-Jimmy Dore

16.“All I’m doing is I’m saying what AOC said when she was running for office… and people are going nuts about it.”-Jimmy Dore

17.”The two most corrupted motherfuckers in that Party are leading the party”-Jimmy Dore

19.“Should we have paper ballots? Let’s put it up for a vote. We’ll count it on electronic machines… hehehe.”-Jimmy Dore 21.” And we’re not bringing democracy to them, we’re bringing Corporatism.”-Jimmy Dore

22.” Anybody worth a shit gets fired from those places.”-Jimmy Dore

23.“It’s the anniversary of Senior White House Advisor Edwin Meese saying, in 1983, that people went to soup kitchens “because food is free and that’s easier than paying for it.”-Jimmy Dore

24.” Two years later, Meese would say that he didn’t believe Miranda warnings were necessary, because “you don’t have many suspects that are innocent of a crime.” Naturally, in 1985, President Reagan appointed this Teddy Bear of Compassion to be U.S. Attorney General.”-Jimmy Dore

25.“Fascism for me, if you look at the Italian model from ww2, its the when the corporation and the state merge to fuck the worker. And that’s where we’re at.”-Jimmy Dore

26.“Wow. A black guy with a Muslim name? You think he could be a fucking CORPORATE TOOL like Mitt Romney? He could be worse. Cuz you don’t see it coming.”-Jimmy Dore Jimmy Dore, in his comedy, focuses on many political issues. In 2005 the stand-up comedy of Jimmy Dore shifted towards politics. This new style of political comedy of Dore’s name as Stickin it to the man.

“We now have Republicans and Democrats ignoring Roosevelt’s wisdom and have effectively repealed the New Deal. We are right back to the same place we were in 1936.”-Jimmy Dore

By reading the quotes of Jimmy Dore, you might get the inspiration in life. You start seeing life from a different point of view and finding happiness in different situations.