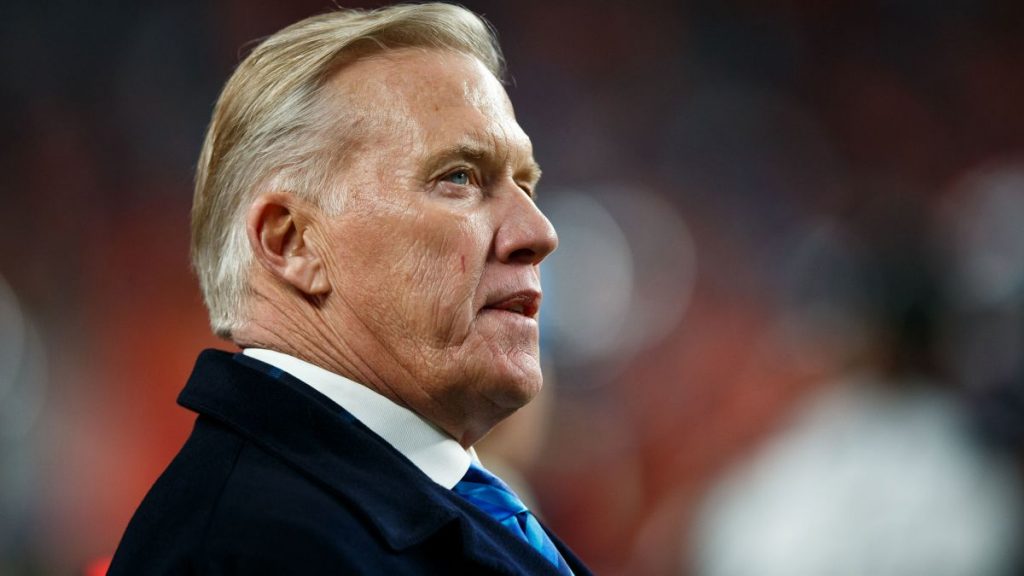 At Stanford, John Elway plays college football. He has spent his entire professional career of 16 years with Denver Broncos. John Elway made a lot of records. In the history of the National Football League, he is the second most prolific passer.

For inspiring you, we are compiling some famous John Elway Quotes. These quotes might give you the inspiration and motivation to work hard and to achieve all your dreams and desires in life.

Best John Elway Quotes That Will Inspire You 3.”There are a lot of people who might not get another chance to win a Super Bowl, not just me.”-John Elway

4.”There have been openings, but I have not interviewed for any jobs, nor do I want to right now.”-John Elway

6.”I’ve always joked about Joe Montana not appreciating his Super Bowls nearly as much as I do because he never lost one. We lost three before we got one.”-John Elway

7.”When I retired, I really wanted to spend time with my family and kids. Coaching would have prevented that due to the commitment of the job and travel that goes with it, too.”-John Elway

8.”I was so lucky to walk away with two Super Bowls and know that the last year was positive.”-John Elway

9.”The Arena League is the best thing that could have happened to me because I get to run the whole process. I’m seeing not only the football side but the business side.”-John Elway

10.”I’m watching the Weather Channel more than I’ve ever watched it. I’m scared to death it’s going to rain.”-John Elway

12.”I would have loved to have played for Joe Gibbs. Look at his record of winning three Super Bowls.”-John Elway

13.”You learn a lot more from the lows because it makes you pay attention to what you’re doing.”-John Elway

14.”It’s all about putting the best team together – not just in the front office but the players on the field.”-John Elway

15.”A guy as great as Brett Favre has been for the length of time he’s been, you would hope that he would be able to leave the game with a positive flavor in his mouth.”-John Elway

16.”I don’t have any pangs to where I want to be with the Broncos.”-John Elway

17.”It’s really been a better situation for me being with the Crush than it would if I were with the Broncos because this has given me a lot more broad range.”-John Elway

18.”I’m getting the basics with the AFL, but the NFL is a different animal.” 21.”I was a baseball player and a football player at Stanford, so I didn’t play a lot of golf in college. I really started playing a lot after I turned pro and I had some time in the off-season.”-John Elway

22.”Even when I retired, there was part of me that didn’t want to retire. But once you decide it’s time to move on then you have to stick with it.”-John Elway

23.”I look at my career and it’s still hard for me to believe the way things turned out and how things happened. I’ve been so blessed.”-John Elway

24.”The patience that goes with the game, the little things that go along with the game, you have so much more time to think in golf than you do in football – you have to keep your thoughts positive. I’m not sure I’ve got that mastered.”-John Elway

25.”I can’t compare quarterbacks as apples and oranges in my mind because everybody’s in a different system.”-John Elway

27.”To be able to get a football team that’s capable of competing for world championships, you always got to get a little bit lucky, but you got to have all phases to win it all.”-John Elway

28.”I think I’m lucky in life and not just in football. I was very fortunate to play for a great organization and a great team that was really good near the end of my career.”-John Elway

29.”I would hope this experience would help me if that NFL opportunity were to arise. But I also know that it’s a totally different league. There’s a lot more to it.”-John Elway

30.”I don’t know if I like being the sentimental favorite.”-John Elway

31.”I always believe there’s a reason why you go through everything.”-John Elway

32.”How ironic, to be my last game that I ever played would be against Dan in a Super Bowl. The thing I always was afraid of was playing in a Super Bowl when it was raining. I can’t throw a wet ball.”-John Elway

33.”I had a great time doing Vegas. It’s just that it takes a lot of time.”-John Elway 35.”Reaching this number so quickly is truly a testament to Crush fans who have been so loyal and supportive of this team from day one. It is our goal as an organization to make sure this team is something that Crush fans can be proud of both on and off the field.”-John Elway

36.”In the long run, the cream always rises and the crap always sinks.”

38.”If you ask what’s been my secret of success, most might say it’s my God-given athletic ability to throw a football. While talent is important, it’s not necessarily the most important thing. Thousands of talented people fail every day. My strength has been my will to win-that competitive fire inside.”-John Elway

39.”Reaching 50, I’ve started to conjure up thoughts of my own mortality.”-John Elway

40.”I think the thing that he wants even more that would solidify his position would be a couple championships. Hopefully we can get that done. Peyton Manning is already in the conversation of the greatest player to ever play and if he wins one or two more, he probably ends up being the greatest quarterback to ever play the game.”-John Elway

41.”There’s always an asterisk behind somebody’s name who hasn’t won the Super Bowl. There shouldn’t be, but that’s kind of the way history works.”-John Elway

42.”You want to get involved and be a part of something that there’s a chance to raise a whole bunch of money. We can all donate money, but you want to do more.”-John Elway

43.”That place ain’t loud anymore. It might be too comfortable.”-John Elway We all have a lot of dreams and desires in our life to fulfill. But only some of us do hard work to fulfill these dreams. But if someone wants to fulfill the desires, then hard work is a very important part.

John Elway does a lot of hard work to become a famous player. Many times the things are so hard that it becomes difficult to handle them. But John Elway overcomes this hard way perfectly. If you want to learn, then the hard ways are the best options for you.

Everyone can learn better things in this hard time. By reading the quotes of John Elway, you might get the inspiration to not be afraid of a hard time and get the motivation to face the difficult times and get your dreams.