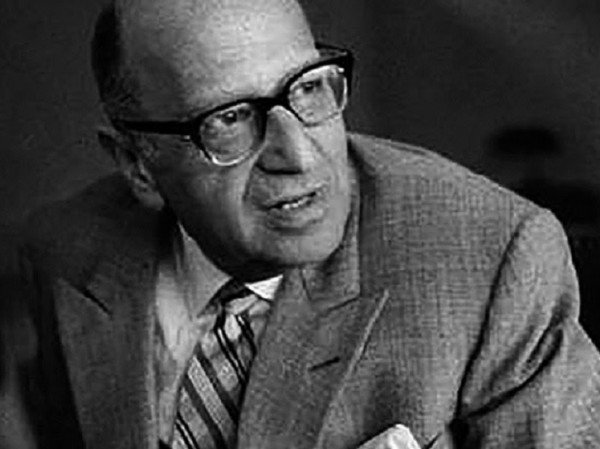 The name of this school was Frankfurt School. Max Horkheimer addressed the different topic by keeping the philosophy of history as a basis. These different topics included poverty of mass culture, economic disruption, environmental crisis, militarism, and authoritarianism.

The philosophy of history became the basis and foundation of critical theory. There are different important works done by Max Horkheimer. These works included Eclipse of Reason, Dialectic of Enlightenment, Between Philosophy and Social science, and Theodor Adorno.

Max Horkheimer did a lot of work in the field of science. He also inspired others with his work. Here we have some famous Max Horkheimer quotes. 2.”Whoever is not prepared to talk about capitalism should also remain silent about fascism.”   -Max Horkheimer

3.”The more the concept of reason becomes emasculated, the more easily it lends itself to ideological manipulation and to propagation of even the most blatant lies. … Subjective reason conforms to anything.”    -Max Horkheimer

4.”A revolutionary career does not lead to banquets and honorary titles, interesting research and professorial wages. It leads to misery, disgrace, ingratitude, prison and a voyage into the unknown, illuminated by only an almost superhuman belief.” -Max Horkheimer

5.”Once the philosophical foundation of democracy has collapsed, the statement that dictatorship is bad is rationally valid only for those who are not its beneficiaries, and there is no theoretical obstacle to the transformation of this statement into its opposite.”   -Max Horkheimer

6.”Reason as an organ for perceiving the true nature of reality and determining the guiding principles of our lives has come to be regarded as obsolete.”   -Max Horkheimer

9.”When the great religious and philosophical conceptions were alive, thinking people did not extol humility and brotherly love, justice and humanity because it was realistic to maintain such principles and odd and dangerous to deviate from them, or because these maxims were more in harmony with their supposedly free tastes than others. They held to such ideas because they saw in them elements of truth, because they connected them with the idea of logos, whether in the form of God or of a transcendental mind, or even of nature as an eternal principle.”  -Max Horkheimer

9.”Whoever desires to live among men has to obey their laws this is what the secular morality of Western civilization comes down to. … Rationality in the form of such obedience swallows up everything, even the freedom to think.” -Max Horkheimer

10.”The facts which our senses present to us are socially performed in two ways: through the historical character of the object perceived and through the historical character of the perceiving organ. Both are not simply natural; they are shaped by human activity, and yet the individual perceives himself as receptive and passive in the act of perception.”   -Max Horkheimer

11.”As soon as a thought or word becomes a tool, one can dispense with actually ‘thinking’ it, that is, with going through the logical acts involved in verbal formulation of it. As has been pointed out, often and correctly, the advantage of mathematics – the model of all neo-positivistic thinking – lies in just this ‘intellectual economy.’ Complicated logical operations are carried out without actual performance of the intellectual acts upon which the mathematical and logical symbols are based. … Reason … becomes a fetish, a magic entity that is accepted rather than intellectually experienced.”  -Max Horkheimer

12.”In most cases, to be reasonable means not to be obstinate, which in turn points to conformity with reality as it is. The principle of adjustment is taken for granted. When the idea of reason was conceived, it was intended to achieve more than the mere regulation of the relation between means and ends: it was regarded as the instrument for understanding the ends, for determining them.”   -Max Horkheimer

13.”The world is so possessed by the power of what is and the efforts of adjustment to it, that the adolescent’s rebellion, which once fought the father because his practices contradicted his own ideology, can no longer crop up. … Psychologically, the father is … replaced by the world of things.”   -Max Horkheimer

14.”The quality of the human that precludes identifying the individual with the class is ‘metaphysical’ and has no place in empiricist epistemology. The pigeon hole into which a man is shoved circumscribes his fate.”   -Max Horkheimer

15.”Pragmatism , in trying to turn experimental physics into a prototype of all science and to model all spheres of intellectual life after the techniques of the laboratory, is the counterpart of modern industrialism, for which the factory is the prototype of human existence, and which models all branches of culture after production on the conveyor belt.”  -Max Horkheimer

16.”In the face of the idea that truth might afford the opposite of satisfaction and turn out to be completely shocking to humanity at any given historical moment, … the fathers of pragmatism made the satisfaction of the subject the criterion of truth. For such a doctrine there is no possibility of rejecting or even criticizing any species of belief that is enjoyed by its adherents.” -Max Horkheimer

18.”Pragmatism … reflects with almost disarming candor the spirit of the prevailing business culture, the very same attitude of ‘being practical’ as counter to which philosophical meditation as such was conceived.”  -Max Horkheimer

19.”If the subjectivist view hold true, thinking cannot be of any help in determining the desirability of any goal in itself. The acceptability of ideals, the criteria for our actions and beliefs, the leading principles of ethics and politics, all our ultimate decisions are made to depend upon factors other than reason. They are supposed to be matters of choice and predilection, and it has become meaningless to speak of truth in making practical, moral or esthetic decisions.” -Max Horkheimer 21.”The pleasure a man gets from a landscape would [not] last long if he were convinced a priori that the forms and colors he sees are just forms and colors, that all structures in which they play a role are purely subjective and have no relation whatsoever to any meaningful order or totality, that they simply and necessarily express nothing….No walk through the landscape is necessary any longer; and thus the very concept of landscape as experienced by a pedestrian becomes meaningless and arbitrary. Landscape deteriorates altogether into landscaping.”  -Max Horkheimer

22.”The disparagement of empirical evidence in favor of a metaphysical world of illusion has its origin in the conflicy between the emancipated individual of bourgeois society and his fate within that society.”   -Max Horkheimer

23.”Spinoza , for example, thought that insight into the essence of reality, into the harmonious structure of the eternal universe, necessarily awakens love for this universe. For him, ethical conduct is entirely determined by such insight into nature, just as our devotion to a person may be determined by insight into his greatness or genius. Fears and petty passions, alien to the great love of the universe, which is logos itself, will vanish, according to Spinoza, once our understanding of reality is deep enough.” -Max Horkheimer

24.”The inversion of external compulsion into the compulsion of conscience … produces the machine-like assiduity and pliable allegiance required by the new rationality.” -Max Horkheimer

25.”The significance of God, cause, number, substance or soul consists, as James asserts, in nothing but the tendency of the given concept to make us act or think. “ -Max Horkheimer

26.”If the world should reach a point at which it ceases to care not only about such metaphysical entities but also about murders perpetrated behind closed frontiers or simply in the dark, one would have to conclude that the concepts of such murders have no meaning, that they represent no ‘distinct ideas’ or truths, since they do not make any ‘sensible difference to anybody.”  -Max Horkheimer

27.”The pathfinders of modern thought did not derive what is good from the law. … “ -Max Horkheimer

28.”Their role in history was not that of adapting their words and actions to the text of old documents or generally accepted doctrines: they themselves created the documents and brought about the acceptance of their doctrines.”  -Max Horkheimer

29.”Now that science has helped us to overcome the awe of the unknown in nature, we are the slaves of social pressures of our own making. When called upon to act independently, we cry for patterns, systems, and authorities.” -Max Horkheimer

30.” If by enlightenment and intellectual progress we mean the freeing of man from superstitious belief in evil forces, in demons and fairies, in blind fate–in short, the emancipation from fear–then denunciation of what is currently called reason is the greatest service reason can render.”  -Max Horkheimer

31.”At present, when the prevailing forms of society have become hindrances to the free expression of human powers, it is precisely the abstract branches of science, mathematics and theoretical physics, which … offer a less distorted form of knowledge than other branches of science which are interwoven with the pattern of daily life, and the practicality of which seemingly testifies to their realistic character.”  -Max Horkheimer

32.”Calvin’s theocentric irrationalism eventually revealed itself as the cunning to technocratic reason which had to shape its human material.” -Max Horkheimer

33.”Misery and the poor laws did not suffice to drive men into the workshops of the early capitalistic era. The new spirit helped to supplement external pressures with a concern for wife and child to which the moral autonomy of the introverted subject in reality was tantamount.”

34.”Subjective reason … is inclined to abandon the fight with religion by setting up two different brackets, one for science and philosophy, and one for institutionalized mythology, thus recognizing both of them.” -Max Horkheimer

35.” For the philosophy of objective reason there is no such way out. Since it hold to the concept of objective truth, it must take a positive or a negative stand with regard to the content of established religion.” -Max Horkheimer

36.”Notwithstanding their attacks on the basic conception of rationalism, on synthetic a priori judgments, that is, material propositions that cannot be contradicted by any experience, the empiricist posits the forms of being as constant.” -Max Horkheimer

37.”Although the formulations of science now offer the most advanced knowledge of nature, men continue to use obsolete forms of thought long discarded by scientific theory.” -Max Horkheimer

38.” In so far as these obsolete forms are superfluous for science, the fact that they persist violated the principle of the economy of thought, that characteristic trait of the bourgeois temper.”  -Max Horkheimer

40.” Any protest against such efforts, in the name of freefom from restrictive conditions, would be fruitless if science did not naïvely identify the abstractions called rules and laws with the actually efficacious forces, and confuse the probability that B will follow A with the actual effort make B follow A.”   -Max Horkheimer Many countries want to make progress in the world. For getting success, they do hard work. The government and people of this country want to bring revolution in their life. But it must be kept in mind that revolution does not come with guns.

The government which focuses on the war can never get the revolution. The revolution will only happen by doing hard work, and it will come year by year and from generation to generation.

“The endeavor of scientific research to see events in their more general connection in order to determine their laws, is a legitimate and useful occupation.” -Max Horkheimer

For bringing revolution, the government should focus on the educational institutions and the political offices. By transforming these things slowly, one can bring the revolution. Max Horkheimer focused on bringing the revolution rather than focus on war.