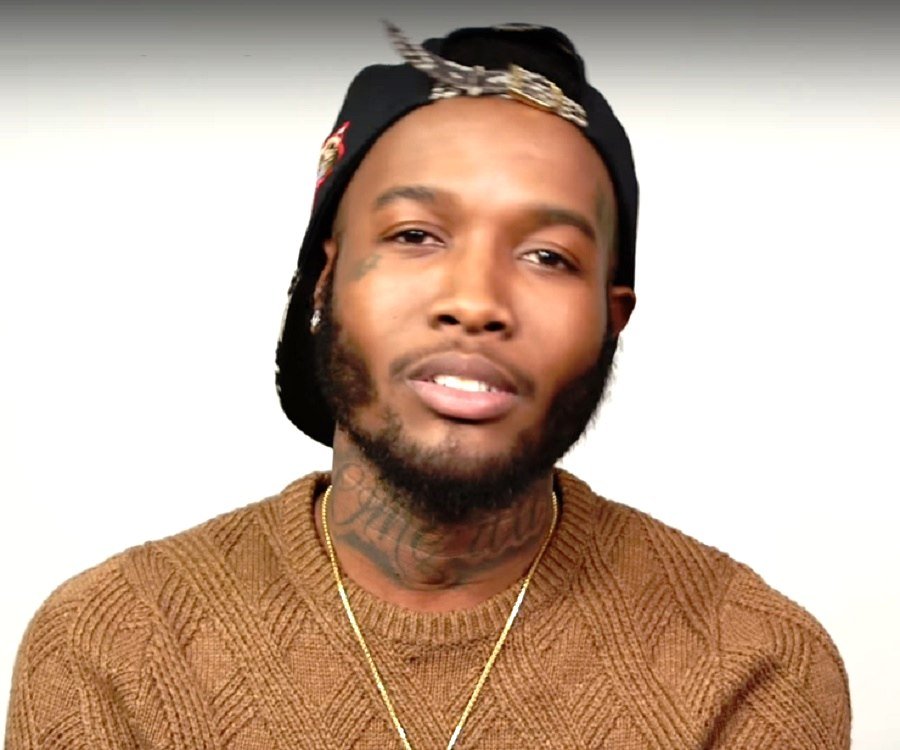 26 Shy Glizzy Quotes That Will Inspire You

When Shy Glizzy was about one year old, his father was killed by someone. When he was 14 years old, he was arrested for the crime of larceny. He also spent 14 months in juvenile detention because he was arrested in the robbery.

All these things happen at the age of 16 years. At that time, he also earned a GED. Shy Glizzy also tries to write a book. But this book ends with a song. Shy Glizzy started listening to the Go-Go music.

By this music, he creates his sound. Shy Glizzy has to face a lot of things in life. He inspires others with his wonderful journey. For inspiring you, we are compiling some famous Shy Glizzy Quotes. 2.”Everyone can relate to me no matter what race or who you are or how you feeling.” -Shy Glizzy

3.”Glizzy Gang is a real movement. They had movements back when I was younger, in the ’90s, but you don’t really have a major movement in the 2000s.” -Shy Glizzy

4.”The love that I get outweighs the hate.” -Shy Glizzy

5.”‘Free the Gang,’ that’s my favorite song because it’s so real. All my music is real, it’s authentic, but it’s something about that song that I love.” -Shy Glizzy

7.”When that music comes on, I just block everything around me out.” -Shy Glizzy

8.”None of my songs sound the same. None of them. I take R&B beats and put it as a rap song or hip-hop beats and put them as a R&B song. A lot of people are boring. I don’t like boring music. Everybody sounds the same, like they copying.” -Shy Glizzy

9.”‘Awwsome’ was a different type of song for an artist like me, but it’s still a true song. I was talking street stuff, but I was feeling awesome.” -Shy Glizzy

10.”There was a point in time, when I put out the Chief Keef diss, where I was so hot that everybody was calling my phone.” -Shy Glizzy

11.”But I decided to go set up under Wale, but he wasn’t really teaching me how to rap.” -Shy Glizzy 14.”I have an EP coming soon with Cardo. It’s called ‘Glizzy Got Wings.’ I love his sound, and he loves mine.” -Shy Glizzy

17.”My music is genuine, and I’m talking about stuff that no one else – no one my age, anyway, in the game – is talking about. “ -Shy Glizzy

18.”Nobody. I’m the only one really stating facts and speaking with real street knowledge.” -Shy Glizzy

19.”I’m not even worried about the Internet; that ain’t even my thing.” -Shy Glizzy

20.” I’m not even an Internet guy. You rarely even see me into that.” -Shy Glizzy

22.”No one shows love. There’s no unity between the artists and the streets. There’s none of that in D.C.” -Shy Glizzy

24.”I don’t want to be stuck in the same spot, just dropping mixtapes for no reason.” -Shy Glizzy All of us have many aims in our life. We want to achieve these aims and goals in life. For this, we have to do a lot of hard work. Many times we ignore ourselves and our work for others.

“In my hood, I was always with the older guys.” -Shy Glizzy

Work hard to achieve your goals. And never push yourself back for the benefit of others. You can only achieve success in life when you think about yourself.

Otherwise, you remain at that place from where you start. Shy Glizzy also does a lot of hard work in his life. He inspires others with his work. By reading the quotes of Shy Glizzy, you might get inspiration and motivation in life.