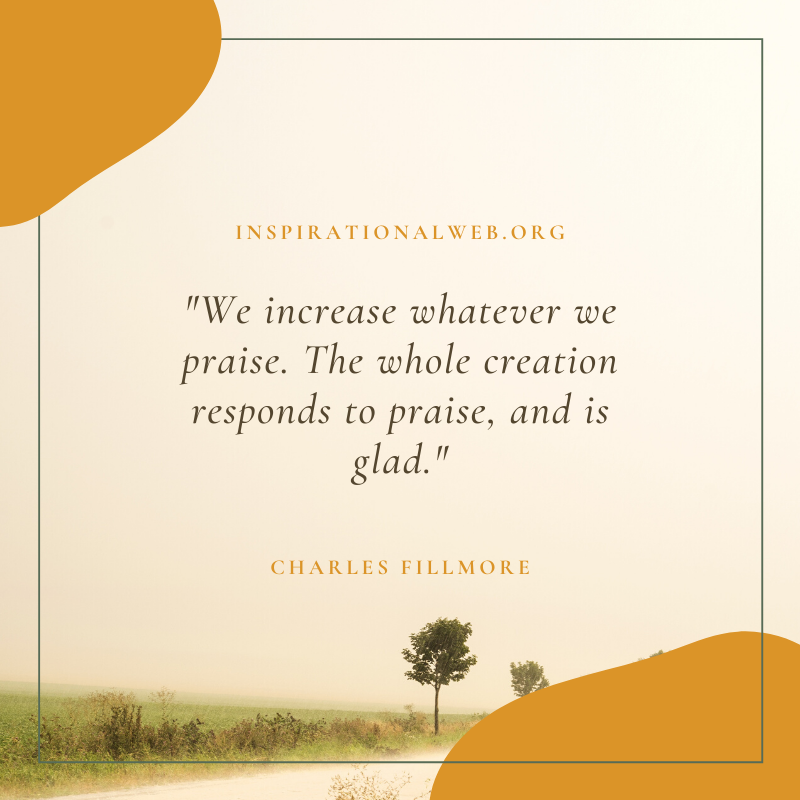 Let’s delve right into some of Charles Fillmore quotes to strengthen our faith and remind ourselves that our needs are supported. As you will see from the quotes, you will realise that Charles Fillmore was a devout christian who based his teachings from the Bible. However, just like Eric Butterworth he had New Thought influences so he was a biblical teacher with a twist.

Together with his wife Myrtle Page Fillmore they founded Unity in 1889, a church in the New Thought Movement. The church still exists today. So now you have heard what Charles Fillmore says, let’s get to know him a little bit more.

Charles Fillmore was born in an Indian reservation close to St. Cloud, Minnesota, on August 22, 1854. Due to an unfortunate event, he broke his hip during ice-skating when he was 10. Thus, he suffered from lifelong abilities.

Charles studied Tennyson, Shakespeare, Lowell, Emerson, and worked on spiritualism, metaphysics, and Eastern religions when he was young even though he has a modest formal education.

who agonized from periodic tuberculosis. They were blessed with three sons.

Charles served as a railroad freight clerk while Myrtle was a schoolteacher. From around 1886, the couple participated in New Thought classes, conducted by Dr. E. B. Weeks. Following these classes it is reported thatCharles started to heal from his childhood accident, and Myrtle who had constantly suffered from tuberclosis recovered from her sickness. In 1914, they founded and launched the Unity School of Christianity and Modern Thought Publishing Company.

In 1920, Fillmore expanded the reach of their advocacy through the new medium of radio. Subsequently, they purchased the WOQ station.

Following the death of Myrtle in 1931, Fillmore later remarried Cora G. Dedrick. In 1948, Charles Fillmore passed away. However, the Unity Churches continued to grow as a worldwide movement.

According to the Wikipedia, Charles Fillmore and Myrtle’s beliefs focused on two basic intentions: that “God is good, and that God is always available, God is in you.”

Charles Fillmore was a prolific writer and he left a legacy of several books some of which include:

If there is one thing to take from his words, it is that Charles Fillmore believed that God has our backs and when we leverage with that power we have the ability to transcend our limitations. He writes, “I refuse to be anxious about tomorrow or even the next minute. I know that God does provide for the fulfillment of His divine idea, and I am that divine idea.” Words of inspiration indeed, may they carry you as you go about your daily errands.

If this has sparked your interest and you would like to get hard copies of Charles Fillmore’s books, you can find them on Amazon.

PrevPreviousVernon Howard
Next70 Joseph Murphy Quotes To Inspire You To SuccessNext