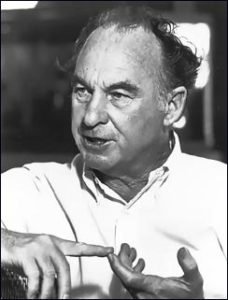 Vernon Howard is another great addition on this blog. We will take a brief look at his life and then review Vernon Howard’s quotes at the end.

He was born on March 18, 1918, in Haverhill, Massachusetts, USA. The author died on August 23, 1992. We remember him as a dedicated man to the field of personal and spiritual development. Not only was he a renowned author with several best selling titles to his name, he was also a sought after spiritual teacher and speaker whose legacy we still enjoy today.

Howard embarked on his writing career in the 1940s. As someone who loved children, he started off as a children’s author. He soon moved into personal development and it is clear from his writing that he had a deep desire to share his knowledge and help others improve their personal life. If there is one message that Howard wanted his readers to grasp, this was the practice and importance of self-awareness.

He quickly gained popularity as a writer and was soon in demand as a spiritual development teacher. This led Howard to establish the New Life Foundation in 1979.

Howard published several books during his lifetime. He was very much a successful author whose books were translated into several languages and read across the globe.  Given the amount of books he wrote, it is clear that he was a prolific writer who did not find it difficult to pen down his ideas. He wrote several motivational books, all aimed at helping those who read them to experience joy, peace and success.

His books are available on Amazon

Vernon Howard saw through the illusion of fear, suffering, and loneliness. He believed that there is a way out of human suffering.  His books are widely used by psychiatrists, doctors, counselors, psychologists, educators, clergymen, and individuals from all walks of life.

He taught people that everyone has the ability to overcome perceived problems through a sincere desire for inner peace.  Howard was a strong advocate for persistence and  self-honesty.  In Howard’s view, a strong person does not need the approval of others.

Vernon Howard left a lasting legacy. Howard established the non-profit learning center New Life Foundation way back in 1979, where he continued to teach until he died in 1992. Today, the foundation is based in Pine, Arizona, and keeps the legacy of Howard alive through personal classes conducted by some of the students who studied with them.

Howard is also the inspiration behind the foundations set up by some of his fellow students. Examples are the Eagle Literary Foundation based in Idaho which was established by Mark L Butler.  The Life Of Learning Foundation created in 1993 by Guy Finley, (a fellow student), is also credit to Howard’s influence.

Looking at the above words from Vernon Howard’s works, I think we can come to the conclusion that his teachings are similar to the teachings of other teachers like Abraham Hicks, James Allen, Michael Beckwith and Bob Proctor. The basis of the teachings are as within so is without. Vernon says, “Your level of mental awareness attracts the habitual life you lead.”

What do you think of Vernon Howard’s quotes? If you have read his books

Thanks for stopping by, please remember to share the inspiration, you may just turn someone’s day around!