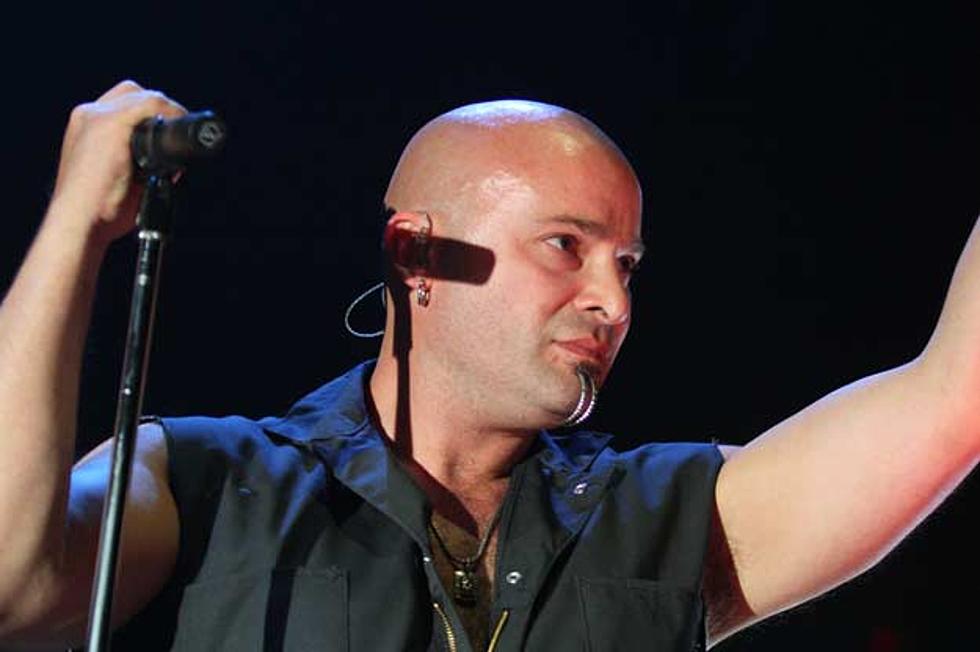 His voice is very much different from the voice of other singers. David Draiman has an operatic baritone voice. The singing style of Draiman is like a percussive.

On the Hit Paraders, David Draiman was voted at the number. He, due to his voice, came in the Top 100 Metal Vocalists of All Time. He also writes some pieces of music that become very successful.

These songs include Inside the Fire, Indestructible, Stupify, and Down with the Sickness. In 2011 David started working with Geno Lenardo.

The name of the project is Device. He also released some albums that became very much famous. These albums include Evolution and Immortalized. David Draiman had a wonderful journey, and he inspires others. For inspiring you, we have compiled some famous David Draiman Quotes. 4.”I despise lackadaisical behavior when it comes to our music. I mean, this is heavy metal music. You must be involved. You’re required to be involved.”-David Draiman

5.”What makes you a rock star is what are you able to do when you get behind that microphone, when you put that guitar in your hands, when you wield those drumsticks, and when you raise your hand in front of twenty thousand people: do they respond? That’s being a rock star.”-David Draiman

6.”Individuality is a personal thing. It’s based on your own personal feelings and expression of self. So, really, it’s nobody’s business to judge you but yourself. And if you feel that you’re expressing yourself as an individual, and you feel confident in it, then that really should be all that matters.”-David Draiman

7.”I will never, ever apologize for being passionate about the things that I believe in, and it is just that, it is just an opinion, and people don’t have to share my opinion.”-David Draiman

8.”There’s still anti-Semitism everywhere, and unfortunately, what has happened with our people no longer being the underdogs in this region, peoples’ perception of Israel has changed dramatically.”-David Draiman

9.”The power, the complexity, the aggression – there’s so many things that would attract anyone to Metallica. I think that they are the prime example of a metal band.”-David Draiman

10.”I hate all politicians equally.”-David Draiman

11.”For whatever reason, the mainstream media, for the most part, affixes itself to progressive or liberal propaganda.”-David Draiman

12.”I’m all about freedom to go ahead and practice whatever kind of religions you want, have whatever sort of sexual preference you want, freedom in terms of being pro choice for women.”-David Draiman

13.”Many people have eclectic tastes. Many people like to listen to all kinds of different music. I mean, I do; I’ll listen to many different styles inside a day, a week, a month, a year. It doesn’t matter.”-David Draiman

14.”I was never the guy who was going to try to use my social media to be a source of promotion for myself… It was always trying to use whatever kind of a voice in the position that I have been blessed with for good.”-David Draiman

15.”I think that people are too… They’ve become genre snobs.”-David Draiman

16.”It used to be that, whenever I walked around without my old piercings, that I was very rarely recognized – it wasn’t a common thing; I could be somewhat incognito.”-David Draiman

17.”‘Savior Of Nothing’ calls out the would-be social justice warriors of the world who become so enveloped in fighting so passionately that they become exactly what they’re trying to correct. They preach acceptance so much they become unaccepting.”-David Draiman 20.”I in no way, shape, or form envision myself as the modern-day Ozzy Osbourne – nobody can.”-David Draiman

21.”Obviously, what happened from the ‘Immortalized’ record was we achieved a level of success that, to be perfectly honest, was unpredecented in our career. Every track released from that record ended up going No. 1 at radio.”-David Draiman

22.”The fans who know us, and me in particular, know the type of people we are. I like the finer things. We’ve gone through our McDonald’s and Burger King phase.”-David Draiman

23.”I’m a very active angel investor in a number of different companies.”-David Draiman

24.”You have to decide what’s important to you. For instance, myself, I mean, I lead a very, very straight-edge sort of lifestyle on the road.”-David Draiman

25.”‘In Another Time’ talks about our addiction to technology.”-David Draiman

26.”I try not to mix the politics as much with the band, per se, because my political views are my own; they’re not necessarily the band’s.”-David Draiman

27.”The forces that precipitate the vicious cycle of conflict on this planet do not pledge allegiance to either the left or the right or the center. They take advantage of everyone.”-David Draiman

28.”The Internet, sadly, has become a preying ground for trolls and just predators. And when you’re in the position that I’m in, and you have a wife and a child who had just come into this world not too long ago, you start wondering whether or not that continued interaction and some of the threats and some of the nonsense are worth it.”-David Draiman

29.”The world wants rock bands to be idiots.”-David Draiman

30.”I will always be a proud defender of the Jewish people and of the State of Israel.”-David Draiman

31.”I think that seeing as much support as somebody like Obama as a black candidate running for president in a country that historically has had issues with the African-American people, and them having issues vice-versa, is a miraculous thing.”-David Draiman

32.”I love hooks, but getting radio airplay has never been a concern to me while I’m writing. That would be a very stifling and imprisoning way of writing music.”-David Draiman

33.”What makes something pop? It’s really just the bed it’s placed in. If I grab melodies by Black Sabbath or Metallica and take them out of their musical bed and put them into a pop context, it’s not like they wouldn’t translate.”-David Draiman

34.”We are a metal band, period. To me, the ‘nu’ part infers some sort of a rap influence.”-David Draiman 36.”Look, it makes sense to be able to take part of what you’ve earned in this life and have it grow. And I hope that other musicians out there that do have their moments of profit and of success are wise enough not to squander those profits and that success.”-David Draiman

37.”I really don’t think that anybody’s going to buy or not buy a Disturbed album and/or ticket because I am or am not wearing my labret piercings.”-David Draiman

38.”The God’s honest truth is that, being the singer, my body’s my instrument.”-David Draiman

39.”I had a motorcycle accident, and I had my garage burn down with most of my vehicles. And I’ve had really bad relationships that I’ve been in and out of. They’ve left their mark.”-David Draiman

40.”I used to have, and I still do have, really bad acid reflux. I had a surgical procedure done… that repaired a valve at the top of my stomach that had completely burned away.”-David Draiman

41.”‘Oppressed’ is one of the terms that’s very, very sellable and easily thrown around these days because everybody feels it, no matter what side you’re on. We thrive on it. We’re addicted to it.”-David Draiman

42.”To be perfectly honest with you, I think that The Darkness is a joke, and that’s, unfortunately, exactly what the world wants.”-David Draiman

43.”There’s nothing that can lock a memory in your mind more distinctly than with a piece of music. It’s so easy to remember something so vividly and so perfectly when you score it to something.”-David Draiman

44.”The level of study that I was at, I was probably only about two or three years away from being ordained as a rabbi, so I really needed to figure out in my head where I wanted to go with things. And I just couldn’t do it habitually anymore.”-David Draiman

45.”Other music that ‘Ride The Lightning’ led me to discover was to start really kind of sinking my teeth into some of the thrash of the era that I literally had no exposure to – whether it was Slayer, whether it was Testament, whether it was Megadeth. It was the opening of a doorway, for me, to a whole new palette of music.”-David Draiman

46.”I just wanted to do the things that all normal teenagers wanted to do. So I did become quite rebellious.”-David Draiman

47.”I support the troops with every fiber of my being. I don’t support them having their lives wasted.”-David Draiman

48.”‘The Sound Of Silence’ taught us that we shouldn’t be afraid of pushing the boundaries.”-David Draiman

49.”I’m still a businessman. But what I do for my primary living and what is my life is music, and that will never change.”-David Draiman

50.”I formed my first band when I was going to Valley Torah High School in Los Angeles.”-David Draiman Many people in this world have different styles and different personalities. Many people appreciate them, but most people start criticizing them. Criticizing others is not a good thing.

Individuality with which a person wants to live is a personal thing. It is based on personal feelings and the expression of someone. A person can live in any way in which he loves to live.

“When you record and tour year after year without a break, it starts to feel like you’re on an assembly line.”-David Draiman

So rather than judging others, start to judge yourself. If someone feels confident in his way, then it should not be a matter of others. Try to accept others in their style rather than criticizing them.