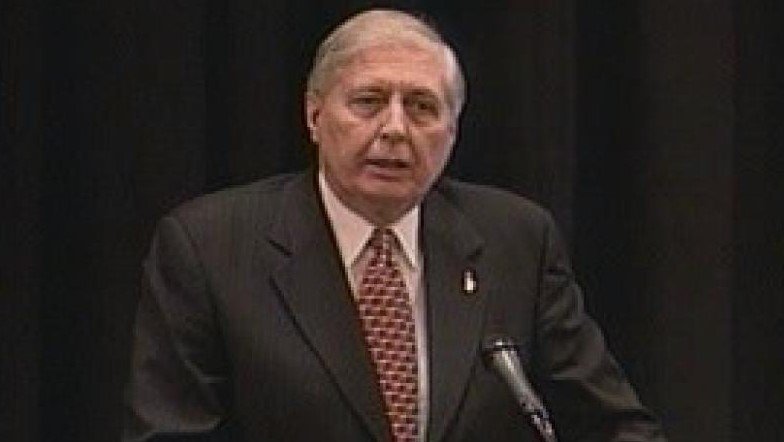 He was also an author. Harry Browne wrote 12 books. Around more than 2 million copies were sold of these books. In 1953 he entered the U.S Army. He also studies cryptography.

For studying this, Harry Browne went to the Signal Corps Training Center. This center is at Camp San Luis Obispo in California. In 1953 he then went to the Bikini Atoll. A year later, the test of the hydrogen bomb was conducted.

Then in 1955, he went to Eniwetok. At this place, he finishes his tour of duty. In 1961 Harry Browne was discharged from the Armed Forces in a very honorable way. Harry inspires people with his life journey. For inspiring you, we have some famous Harry Browne Quotes. 2.”It’s important to realize that whenever you give power to politicians or bureaucrats, it will be used for what they want, not for what you want.” -Harry Browne

3.”The police can’t stop an intruder, mugger, or stalker from hurting you. They can pursue him only after he has hurt or killed you. Protecting yourself from harm is your responsibility, and you are far less likely to be hurt in a neighborhood of gun-owners than in one of disarmed citizens – even if you don’t own a gun yourself.”-Harry Browne

7.”In my experience, people who are truly compassionate rarely use the word “compassion.” Those who do talk compassion generally intend to be compassionate with your money, not their own. It’s wrong for someone to confiscate your money, give it to someone else, and call that ‘compassion’.” -Harry Browne

11.”If a law could keep dangerous weapons out of the hands of dangerous people, there would be virtually no gun crime at all.”  -Harry Browne

12.”No one ever died from smoking marijuana, but millions of people have died by believing politicians.”   -Harry Browne

13.”A great burden was lifted from my shoulders the day I realized that no one owes me anything.” -Harry Browne

14.”Immigrants used to come to America seeking freedom of speech, freedom of religion, and freedom from government. Now they come looking for free health care, free education, and a free lunch.”  -Harry Browne

15.”Give government the weapons to fight your enemy and it will use them against you.”  -Harry Browne

16.”It has long been apparent that many people in the media don’t believe you’re competent to make your own decisions.”  -Harry Browne

17.”The American heritage was one of individual liberty, personal responsibility and freedom from government … Unfortunately … that heritage has been lost. Americans no longer have the freedom to direct their own lives … Today, it is the government that is free – free to do whatever it wants. There is no subject, no issue, no matter … that is not subject to legislation.”-Harry Browne

18.”It is well known that in war, the first casualty is truth – that during any war truth is forsaken for propaganda.”  -Harry Browne

19.”For those looking for security, be forewarned that there’s nothing more insecure than a political promise.” -Harry Browne

22.”Whatever the issue, let freedom offer us a hundred choices, instead of having government force one answer on everyone.” -Harry Browne

23.”Government cripples you, then hands you a crutch and says, ‘See, if it wasn’t for us, you couldn’t walk.'”  -Harry Browne

24.”Profit is a reward for satisfying the desire of someone else.”  -Harry Browne

25.”I want a government small enough to fit inside the Constitution.”-Harry Browne

26.”The government’s War on Poverty has transformed poverty from a short-term misfortune into a career choice.” -Harry Browne

29.”Everything we know about human nature and about government tells us that individuals using their own money will achieve far more good for themselves and far more for others than politicians spending money they didn’t have to work to earn.” -Harry Browne

31.”The coercive power of government is always a beacon to those who want to dominate others — summoning the worst dregs of society to Washington to use that power to impose their will upon others.”  -Harry Browne

32.”From the cranberry cancer scare of the 1950s to the Alar-in-apples hysteria of the 1980s, from the “new ice age” of the 1960s to the “global warming” of the 1990s, environmental alarms almost always turn out to be false. Few non-political scientists fear ozone loss, global warming, or acid rain. These are just issues that some people hope to use to reorder the lives of the rest of us.”  -Harry Browne

33.”The seeds of today’s runaway government were planted when it was decided that government should help those who can’t help themselves. From that modest, compassionate beginning to today’s out-of-control mega-state, there’s a straight, unbroken line. Once the door was open, once it was settled that the government should help some people at the expense of others, there was no stopping it.” -Harry Browne

36.”The bad consequences of a government program usually don’t show up immediately. And the delay may be long enough to hide the connection between the program and its results. So government never has to say it’s sorry – never has to take responsibility for ht misery it causes. Instead it can blame everything on personal greed, profit-hungry corporations, and the ‘private sector.’ And the government’s cure for the problems is to impose bigger programs, more regulation and higher taxes.”   -Harry Browne

38.”A little government involvement is just as dangerous as a lot – because the first leads inevitably to the second.”-Harry Browne

39.”Libertarians know that a free country has nothing to fear from anyone coming in or going out – while a welfare state is scared to death of poor people coming in and rich people getting out.”  -Harry Browne

40.”Forcing people to be generous isn’t humanitarian, effective, compassionate or moral. Only acts that are truly voluntary for all concerned can be truly compassionate.” -Harry Browne

41.”Social Security is a fraudulent scheme in which the government collect money from you for your retirement – and immediately spend the money on something else.” -Harry Browne

42.”When you give up the hope that some advisor, some system, some source of inside tips is going to give you a shortcut to wealth, you’ll finally begin to gain control over your financial future.” -Harry Browne

43.”But, actually, it is only Americans who say that our freedoms and prosperity are the reason foreigners hate us. If you ask the foreigners, they make it clear that it’s America’s bullying foreign policy they detest.” -Harry Browne

44.”The best thing we can do for family values is to repeal the income tax. Then families will have the resources they need to implement their own values – and not those of the politicians. With the income tax gone, families will no longer be forced to have two breadwinners by necessity. Children will be raised better, family values will predominate, and crime will diminish. If your local school indoctrinates your child with values that are alien to you, you’ll have the money to buy a private education.”  -Harry Browne

46.”Freedom and responsibility aren’t interconnected things. They are the same thing.”-Harry Browne

47.”Government seems to operate on the principle that if even one individual is incapable of using his freedom competently, no one can be allowed to be free.” -Harry Browne

48.”In almost all matters, the real question should be: why are we letting government handle this?”-Harry Browne

49.”The press is hostile to the idea of liberty. Most people in the press are for big government. Most people think that the solution to anything, whether it’s health care problems, education, whatever it is – it’s got to be more government.” -Harry Browne

50.”You have only one life, and no one else will live it for you. Shouldn’t you take the time right now to figure out what that life is all about?”-Harry Browne Many people in this world have some powers. They have powers because they are in some specific positions. Some are politicians, some and businessmen. Many people, after having power, forget everything.

They are trying to use it for their specific purposes. Many politicians use their powers to fulfill their needs. They forget what the real meaning of their power is.

“The important thing is to concentrate upon what you can do – by yourself, upon your own initiative.” -Harry Browne

Harry Browne was also a politician. He has the power. And Harry Browne always works for the rights of others rather than thinking about yourself.