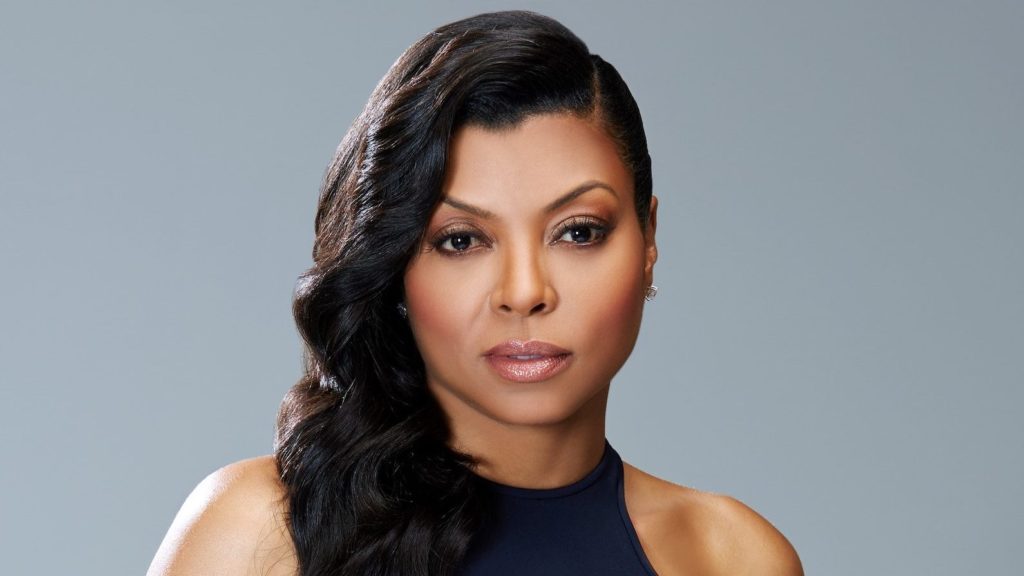 51 Taraji P. Henson Quotes That Will Motivate You

Taraji P. Henson Quotes – Taraji Penda Henson is a famous American singer and a well-known actor. She got her acting education from Howard University. Taraji P. Henson’s career in Hollywood was as a guest role in different television shows.

In Empire, she played the role of Cookie, which makes her famous. She got famous from this Empire series. After this series, she won a Critics Choice television award. She is an inspiration for everyone.

She inspires others and teaches them no matter what the situation is you should learn to fight with it. If someone wants to achieve something in life, then they should not worry about the difficulties of life.

Whatever you want to accomplish, you just have to think about it in your mind. Here we have, some famous quotes from Taraji Penda Henson. Her quotes will motivate you and help you to fight the difficult things in life. 3.“Love is the greatest gift that God has given us. It’s free.” — Taraji P. Henson

4.“Every human walks around with a certain kind of sadness. They may not wear it on their sleeves, but it’s there if you look deep.”— Taraji P. Henson

5.“If I were to meet the most incredible man, and he just so happened to not make as much money as I do, I wouldn’t hold it against him.”— Taraji P. Henson

6.“I don’t harp on the negative because if you do, then there’s no progression. There’s no forward movement. You got to always look on the bright side of things, and we are in control. Like, you have control over the choices you make.”— Taraji P. Henson

7.“I’m always interested in challenging myself and pushing, and seeing how far I can go.”— Taraji P. Henson

8.“A lot of times characters are combinations of people I come across in life. I people-watch a lot.”— Taraji P. Henson

9.“Date a woman with children only if you are ready to man up, because it’s a position that comes with responsibility.”— Taraji P. Henson

10.“I’m constantly proving myself. I have to always prove myself. There are roles where I feel like, “That should have been a straight offer. Why am I having to call my people and fight for it?””— Taraji P. Henson

11.“A woman is gentle, soft, delicate, and a man’s position is to protect her, help her up stairs, make sure she’s in the car safely first. Take good care of your woman, and the sky’s the limit!”— Taraji P. Henson

12.“It’s up to you to be responsible for how you feel if you’re not happy. Your happiness lies in your hands. You can’t rely on a man to make you happy or complete you. That starts with you.”— Taraji P. Henson

13.“I like to be scared. I don’t like feeling like “Oh, this is going to be a walk in the park”. If I ever get to that place, I’ll just stop acting.”— Taraji P. Henson

14.“Sometimes you have to say the words exactly how they are on the page, but sometimes when you improv, it only helps to get across what’s on the page, and I just love working with directors who allow that.” — Taraji P. Henson

16.“You could be laughing one day about the same issues that you’re crying about the next day, so that’s life.”— Taraji P. Henson

17.“I would love to play a superhero. I wish I could be in ‘The Avengers,’ kicking butt.”— Taraji P. Henson

18.“I’m not a selfish actor. I believe that it’s a team effort. You’re not in a scene by yourself.”— Taraji P. Henson

19.“I don’t ever want to get boxed in, playing the same characters, over and over again. That’s why I prefer features over television.”— Taraji P. Henson 22.“If I feel like I’ve reached this greatness in my career than there’s no more room for growth. I don’t think I’m ever going to get there. If I ever get complacent, it’s time for me to bow out.”— Taraji P. Henson

23.“I’m always the cousin that can’t make it to the family functions because I’m busy.”— Taraji P. Henson

24.“I don’t think a living being should suffer for the sake of fashion, period. End of story. You don’t have to kill an animal just because you want to be hot and fly. And I really stand by that.”— Taraji P. Henson

25.“Something happens to a woman when she can’t reproduce. I’ve not had to walk that path, but I can only imagine when your organs don’t work and how that could make you feel.”— Taraji P. Henson

27.“I really wish Hollywood would stop labeling movies, especially movies with predominantly black casts. Then, it makes others feel like, 28.“Oh, well, that’s not for me.” At the end of the day, everybody understands love, loss, pain and heartbreak. That’s not a color.”— Taraji P. Henson

30.“When I go home to visit, they never treat me like a celebrity. They still treat me like TJ. If I leave dishes in the sink, they’ll let me know.” — Taraji P. Henson

31.“When I come home, it’s about my kid, who needs to eat, needs to do homework, and needs to get to basketball. I don’t have a lot of time to think about me.”— Taraji P. Henson

32.“With camera phones and, you know, iPad’s and cameras at stoplights, it’s like I just want to drive around with a bag on my head because I just feel like everyone’s watching.”— Taraji P. Henson

33.“I like to disappear in my roles because I don’t have an assistant.” — Taraji P. Henson

34.“I’m always talking to the writers because I find it so fascinating, how they’re able to go to these different levels with the different stories, and have all these layers to peel back.”— Taraji P. Henson 36.“It’s up to you to be responsible for how you feel if you’re not happy. Your happiness lies in your hands. You can’t rely on a man to make you happy or complete you. That starts with you.” ― Taraji P. Henson

37.“I’m always interested in challenging myself and pushing, and seeing how far I can go.” ― Taraji P. Henson

38.“If you listen to people and you allow people to project their fears onto you, you won’t live.” ― Taraji P. Henson.

39.“I didn’t hear the naysayers when they were like, ‘You’re too old to go to California, if you don’t hit by 25, you’re not going to make it.’ I will be 46 this year. I am just touching the surface. I am just getting started.” ― Taraji P. Henson

40.“What if I believed those people who told me that when I became pregnant in college that I wouldn’t finish? I walked across that stage with my son on my hip and I collected my degree.” ― Taraji P. Henson

42.“Don’t you ever dim your light to make someone else feel comfortable. God gave you that light to share with the world. If someone can’t take your brightness, politely hand them a pair of fabulous shades, and wish them well on their journey. More importantly, pray that they tap into the light God gave them.”― Taraji P. Henson

43.“I felt compelled to jump into action. You know they say it’s easy to sit around and complain, but you have to be the change you want to see.”― Taraji P. Henson

44.”My first big heartbreak proved to me that what doesn’t kill you makes you stronger.” ― Taraji P. Henson

45.”Every human walks around with a certain kind of sadness. They may not wear it on their sleeves, but it’s there if you look deep.” ― Taraji P. Henson

46.“My father always told me, ‘If you are blessed, then it’s your job to go out to the world and bless someone else.’ If I have everything, what is everything if I can’t share it? People make the world go ’round. We need each other.” ― Taraji P. Henson

48.“I try and look at myself as a comedian. I laugh at myself a lot and I don’t take myself too personally and I will beat you to the punch about myself before you can.” ― Taraji P. Henson

49.“Money doesn’t make it all go away. Money fixes nothing. I know people who are filthy rich, and who are the most miserable people in the world.” ― Taraji P. Henson

50.“I know what I want. He knows what he wants. Age really doesn’t matter. It’s experiences, in life that will age you.” ― Taraji P. Henson Not every person in this world is born with a silver spoon; only the luckiest people have that opportunity. But you can change your life and make yourself lucky.

If you want to achieve something in life, you have to work for it and have a clear mind. A clear and focused mind is necessary. If you think you have to achieve what you want, then nothing can stop you from moving forward.

Every person in this world has the opportunity to achieve what he wants. But for that, he should be ready to sacrifice in life.