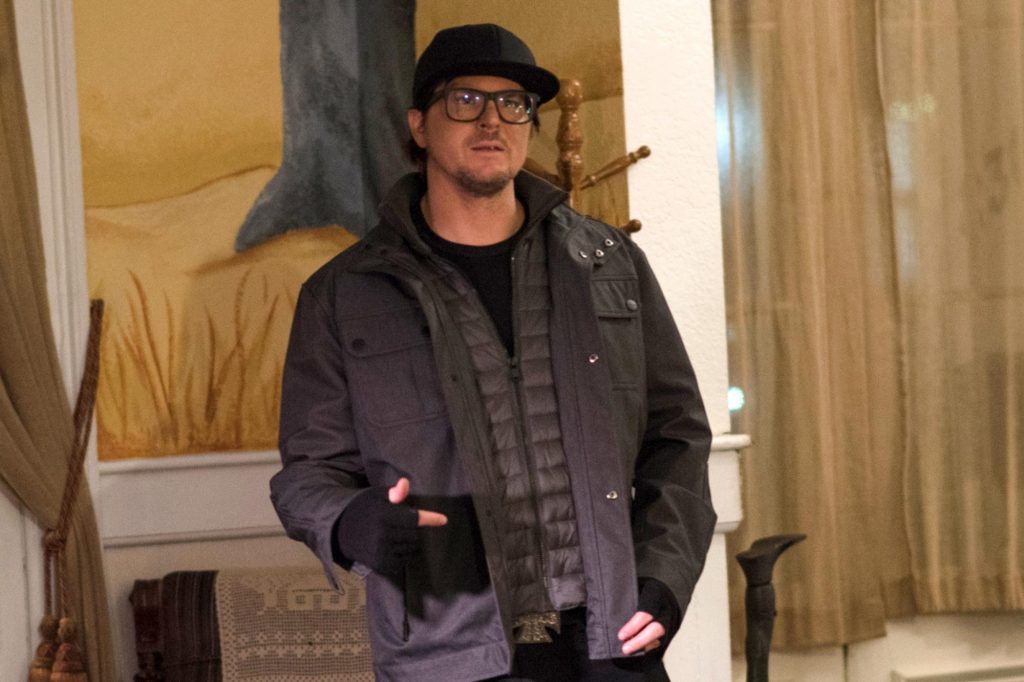 Zak Bagans Quotes – Zak Bagans is an actor and investigator of America. He is also an author and museum operator. He was born in Washington D.C. Zak Bagans was raised in Glen Ellyn. He completed his graduation from Glenbard West High School.

Zak Bagans investigates paranormal things in life, and he is also a television personality. In 2004 he produced a documentary film. The name of the film is Ghost Adventures.

Zak Bagans also plays the role of host on the Travel Channel. He hosts the series of Ghost Adventures. In 2016 he hosted a show called Deadly Possessions. In this, Zak Bagans finds a haunted museum in Las Vegas. In 2017 this museum was opened to the public.

Zak Bagans inspires others with his outstanding life. To inspire you, we have compiled some famous Zak Bagans Quotes. These quotes might inspire and motivate you in life to do hard work. 2.”I’ve had Ferraris; I’ve had Aston Martins. I’ve had all kinds of cars, but the thing I love about Lamborghini is that they’re all-wheel drive, and when you step on the pedal, you stick to the road. You’re not fishtailing all over the place.”-Zak Bagans

3.”Lighting is everything. It creates mood and has an emotional effect on you.”-Zak Bagans

4.”I have realized that when you rescue your pet from a shelter, it is the most amazing feeling in the world how this animal changes your life by giving it a better one.”-Zak Bagans

5.”The idea behind ‘NecroFusion’ came about when Praga Khan of Lords of Acid contacted me after I started making a bunch of Twitter posts about how big a fan I was. Lords of Acid was my favorite band in high school, and Praga is a true pioneer of that style of electronic music.”-Zak Bagans

6.”We humans absorb a lot of negativity in this world, but dogs are pure joy.”-Zak Bagans

7.”Something happened to me at the precise moment that my grandmother died.”-Zak Bagans

8.” She was three time zones away, but that didn’t matter. I believe that I felt something at that moment she passed… some bit of her mortality slipping away.”-Zak Bagans

9.”Yeah, I do enjoy having chaos in my life.”-Zak Bagans

10.”I have a possessive female spirit. I was also told I have a demonic attachment. They make me sick. They make me agitated.”-Zak Bagans

11.”The power of our conscious mind is unimaginable.”-Zak Bagans

12.”I think that everybody should go out there and test their curiosity, find a haunted place.”-Zak Bagans

13.”Whenever I traveled abroad and went into these old cathedrals and churches, I would feel so peaceful.”-Zak Bagans

14.”I’ve been on investigations where a spirit is channeling through me, and I have extreme changes in my emotions – anger, sadness, confusion. Then I begin seeing visions that are not mine. They are theirs.”-Zak Bagans

15.” There is no trace of time. My body goes stiff, numb, cold. Then, when the spirit leaves, I can barely stand and speak.”-Zak Bagans

16.”I collect a lot of cursed objects. That’s probably why I have a lot of problems.”-Zak Bagans

17.”I believe if you believe in something or, let’s take for instance you go into a demonic location and you have a lot of fear: that fear within your body, within your mind, is like chum in water attracting a shark.”-Zak Bagans

18.” They feed off our emotions. These demons also will influence and inflict malice into a living person because that’s how they feed.”-Zak Bagans

19.”I had a full exorcism performed on me from an archbishop.”-Zak Bagans

20.”I taunt and provoke, but you have to understand that I do that for a reason. I want to elicit a response.”-Zak Bagans

22.”After dealing with so much dark energy and investigating violent people for my job, I value creatures with pure souls – animals, especially dogs.”-Zak Bagans

23.” I believe a higher power/god created these creatures to give us balance from people who can be truly evil. I am an active voice and supporter against animal cruelty.”-Zak Bagans

24.”I absorb and sense energies around me at a very high level. Whether it’s from living people, residual energy, objects or from spirits. I’ve been like this my entire life.”-Zak Bagans

25.”I wasn’t cast to play the part of a paranormal investigator, like maybe some other shows out there. I believe it, and it’s my passion, and this is what I’m here to do in this life. I love it. It was just meant to be for me. It’s what I’m doing. This was my purpose.”-Zak Bagans

26.”I used to live in an old historic shipyard town called Trenton, Michigan, and a month after I moved in, I started hearing this woman screaming my full name at three in the morning, every night. Finally, on the seventh or eighth night, she screamed it again, and I woke up.”-Zak Bagans

28.” Those are the same emotions that I experience when I feel the energy of a spirit when I’m contacting the spirit and communicating with it.”-Zak Bagans

29.”If you watch the movie ‘Ghost’ with Patrick Swayze, you see an accurate portrayal of what I believe. Spirits are stuck here. They want to convey a message to the living, but they can’t – they are on a different frequency. But when they are heard, they are helping both us and themselves.”-Zak Bagans

30.”The Internet has become a breeding ground for the paranormal and being able to share evidence. I mean, there are ghost-hunting apps for your iPhone.”-Zak Bagans

31.”Before you begin a paranormal investigation, the most important criteria you need to gather is the back history of the location.”-Zak Bagans

32.”The best part of my job is being able to travel to places to investigate powerful stories, many of which contains unsolved mysteries and deaths.”-Zak Bagans

33.”To me as a documentarian and paranormal investigator, this puts the adventure in my life and meaning to my job.”-Zak Bagans

34.”When you feel a ghost, most people will feel chills – you’re feeling the energy.”-Zak Bagans

35.”Spirits want to be heard. That’s why they’re not at rest.”-Zak Bagans 37.”I focus my energy on what I believe in.”-Zak Bagans

38.”I don’t even know how people drove, back in the day, without a rear view camera.”-Zak Bagans

39.”I want to be taken out of our material world and experience something that is in another dimension.”-Zak Bagans

41.”If you chose to live in a home that is living on intersecting laylines, and you’re living on an Indian burial ground and having paranormal experiences that are bothersome, you’re not going to get rid of them. They’ve taken ownership of that home and that area.”-Zak Bagans

42.”I’m a collector of carvings. I love old, wooden, grotesque Gothic pieces, anything that has cherubs on it, satyrs and carved angels.”-Zak Bagans

45.”I’m not the most normal type of person there is.”-Zak Bagans

46.”People don’t understand that Las Vegas is such a small community, beyond the tourists who visit here. If you’ve lived here for a long time, you know everybody.”-Zak Bagans

48.”I am intrigued by the darkness.”-Zak Bagans

49.”I respect and believe skeptics.”-Zak Bagans

50.”It’s not my job to force people to believe things.”-Zak Bagans But how we respond to this difficult time is the real situation. If you become tired from these problems and do not want to do anything more. Then you cannot get anything in life.

At difficult times the lighting is very important, the light that brings positivity to yourself. This positivity creates a mood, and you can face everything in life.

This lighting and positivity have an emotional effect on you. By reading the quotes of Zak Bagans, you might get inspiration in life. You might get the motivation to see things from a different perspective.