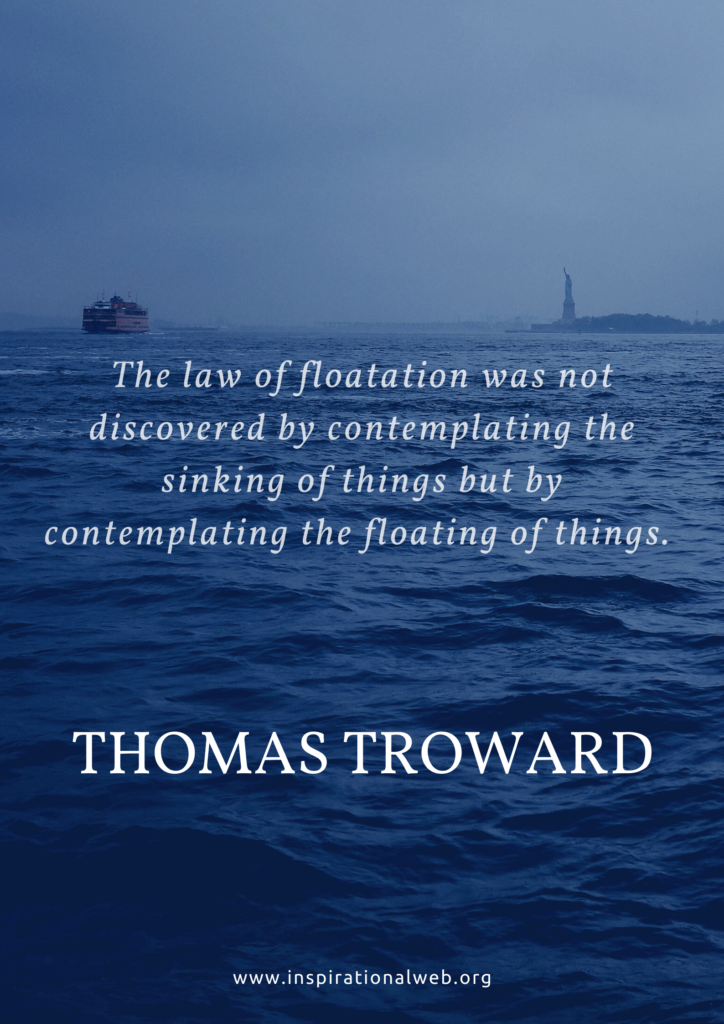 Here is a great selection of some of the best Thomas Troward quotes.He is among the most famous New Thought Authors of all time. His masterpieces highly influenced Mystic Christianity and the New Thought Movement. In fact, he was quoted in the 2006 new thought movie, The Secret by Rhonda Byrne.

The Personal Life of Thomas Troward

Thomas Troward was an English author who was born in 1847 in Punjab, India. His mother was Frederica Troward and his father was Albany Troward,  an Indian Army full colonel at the time. Thomas Troward had 6 children, 3 from his first marriage and another 3 with his second wife Sara Ann. Troward passed away on May 16 1916 aged 69.

Thomas moved from India to England for his studies. In 1865 he received a gold medal honors upon his graduation. Despite his ambitions to be a painter and an artist, he studied Law.  At the age of 22, in 1869 Troward decided to return to India where he sat the Indian Civil Service exam. Among the exam’s subjects was metaphysics, and it is reported he performed exceptionally well, impressing the examiners with his creative answers.

After passing the Civil Service Exam, Troward was offered a job as an Assistant Commissioner in the Indian Civil Service. Within a short period of time in this role, he was quickly promoted as Punjab’s Divisional Judge, and he remained in the role for 25 years. He retired in 1896.

After his retirement, Thomas returned to England where he spent his time pursuing his hobby of painting as well as studying the bible. It is said that Thomas was very much committed to studying various religions and he had not only read the Bible but  the Koran, Hindu scriptures and many more.

Troward also dedicated himself to metaphysical studies as well as writing and delivering lectures. His teaching of the Science of Mind influenced Ernest Holmes’s Religious/Science of Mind organization. In 1904 that Troward delivered the famous Edinburgh  Lectures at Queens Gate in Edinburgh.

Thomas Troward left a huge legacy in the New Thought Movement through his books. Even after his death, his second wife, Sara Ann continued publishing his works. His Christian upbringing came through his books particularly in the Bible Mystery and Bible Meaning.

It has been reported that at the time, most of his work was not often understood, probably due to his use of scientific jargon. Regardless, several New Thought authors such as Frederick Bailes, Joseph Murphy, Ernest Holmes, and Emmet Fox have quoted his works. It is clear even from the teachings of people such as Michael Beckwith or Bob Proctor that Troward’s works are still significant even today.

It is clear from Thomas Troward’s quotes that he like most New Thought teachers believed  that we can change our lives from within. He writes, “The action of Mind (thought) plants that nucleus which, if allowed to grow undisturbed, will eventually attract to itself all the conditions necessary for its manifestation in outward visible form”

Here Troward is clearly telling us that our power is within our mind. When we believe and do not doubt then our mind will begin to work to facilitate the necessary conditions for what we desire to be realised.

Where there is presence of belief, there is no need for anxiety or worry. This is clear when he says, “Any anxious thought as to the means to be employed in the accomplishment of our purposes is quite unnecessary. If the end is already secured, then it follows that all the steps leading to it are secured also.“

So all in all the lessons from Thomas Troward quotes is to focus our thoughts, trust the process and know for certain without doubt that our desires will come to life.

When doubts start to crop up, we must remember it is our mind that creates and therefore train our thought patterns to believe. This can be a challenge but there are various ways we can strengthen our belief patterns if we have the will.

Teachers like Abraham Hicks offer various methods like acting as if, the rampage of appreciation, meditation and focusing on our feelings.

With deliberate effort, it is possible to find ourselves mostly in a positive mental state where we have faith and are expectant of good things to come. Regardless of what we end up achieving, what is true is that a positive mental attitude is not bad for anyone.

I hope you have learned a thing or 2 from this post, please kindly share on social media and let’s spread the inspiration.