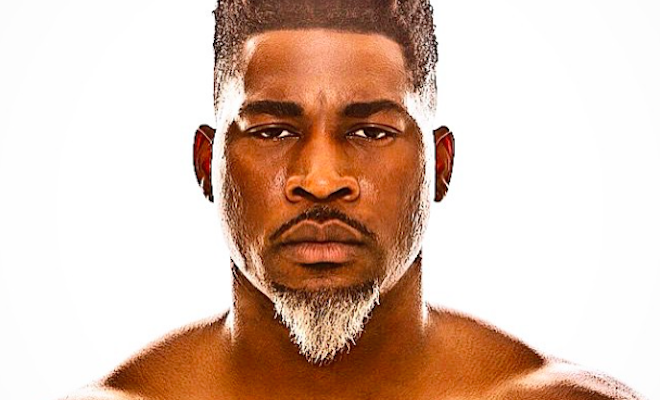 David was born in Brookhaven, a place in Mississippi. He completed his graduation from the Southern University and got a master’s education at the University of Maryland Eastern Shore.

David Banner became a member of a rap duo at the start of his music career. In 2000 he moved toward solo. The first solo music of David was “Them Firewater Boyz Vol.1.“ After this, he signed with Universal Records in 2003. Under Universal Records, he released four albums.

These four albums include The Greatest Story Ever Told, MTA2: Baptized in Dirty Water, Certified, and Mississippi: The Album. David Banner also played the role of producer and produced music for himself. David inspires others with his music. Here are some famous David Banner quotes for you. 3.”He looked better than he ever looked to me. But he’s the one who decides whether he can look at himself in the daytime.”-David Banner

4.” The one thing you have to understand about comedians is, the more they make people smile, the more pain that they usually feel inside.”-David Banner

5.”I think it’s a natural progression. The door have been nudged on and pushed on for years, and it’s sort of giving way now.”-David Banner

6.” If you research music, the foundation of most contemporary music originates from the South. It’s just the natural progression of time and music that it comes back to the place where it originated from. I think it’s beautiful, and snap is a new movement that allows people to stay current and allows people to dance again.”-David Banner

8.”I can admit there are some problems in hip hop but it is only a reflection of what’s taking place in our society.”-David Banner

9.” Hip hop is sick because America is sick.”-David Banner

10.”…Maybe Hell ain’t a place meant for us to Burn.”-David Banner

11.” Maybe Earth is Hell and just a place for us to Learn..”-David Banner

12.”One of the worst things that happened to black people in America historically is integration.”-David Banner

13.” People ask me why I say that and I tell them it’s because we gave up all of our control.”-David Banner

14.”Our situation is more psychological than people will admit.”-David Banner

15.” After we are done shooting, I am planning on starting the European tour to promote Certified and dive back into the swing of things with music.”-David Banner

16.”If you want a man that respects the way you think then show more mind than ass.”-David Banner

17.”The sad thing is that people are going to think this is a reflection of rap music. But it’s not a reflection … people have lives outside of the music.”-David Banner

18.”Anyone who knows me, knows that I am a workaholic, …”-David Banner

19.” I am just going to use this time while I am shooting the film to really rest. I am totally focused on acting because that has always been my dream.”-David Banner 21.”There’s a lot more we can do as artists, … but I’m really, really proud of the rappers who have stepped up to help.”-David Banner

22.” I can honestly say that we’ve concentrated so much on helping because it’s in our hearts and it’s the right thing to do.”-David Banner

23.”It’s about a white family and a black family living in modern day North Mississippi but the white family’s mind set is that of 1869 and no matter what you do it won’t change, they still think and talk the way they would in 1869, so it’s really pushing it, … “-David Banner

24.”My character is a member of black rock band who works at Sonic, but he is moving upward and is in direct conflict with the white family.”-David Banner

25.” I think that it’s really going to push the envelope and address the issue of race relations in America, even if we don’t want to.”-David Banner

26.”It might be a band coming towards you, … So y’all can bring us out on tour, hint, hint. Give us some of that Korn money.”-David Banner

27.”It’s like an alternate world. It’s a day in the life of the actual group, so they took little quirks about everybody’s personality and amplified it a whole lot.”-David Banner

28.” David the drummer is the pretty boy in the group, so he keeps a mirror around, he has to make sure that he’s tight before he goes onstage.”-David Banner

29.”It was a blessing because, to see all of us three years ago, we could barely get in the building. So for us to have a medley and represent a place that has been hit so hard …”-David Banner

30.”I wanna change the whole perception of rap. That’s why I come in here looking like this.”-David Banner

32.”Artists who’ve had big problems with each other came together today, hugged … and said, ‘We gonna come together and make this happen.'”-David Banner

33.”I’m really happy with the role, … I feel blessed that my debut role is a major one, starring beside someone as great as Samuel L. Jackson.”-David Banner

34.”I need y’all to be sure that you go back home.”-David Banner

35.” They been waiting to tear our ghettos down and separate us from our land.”-David Banner

36.”Honestly, I have a tendency not to enjoy my work, and the one thing that I got from Samuel Jackson is … he wants me to enjoy it, … He tells me that all the time, ‘Loosen up a little bit.’ But the thing is, me coming from Mississippi, I understand these opportunities are not readily available to my people.”-David Banner

37.” I have to make sure that everything that I do, I do it to the best of my ability because it’s a reflection of more than just me.”-David Banner

38.” When people look at David Banner they see Mississippi, so I have to make sure that it’s good. And you have to understand my acting debut was with Samuel L. Jackson, so imagine that flavor.”-David Banner All of us have many desires in life, and we all want to achieve success in life. In the journey of success, we many times face many problems. These problems sometimes make us strong, and sometimes we lose hope.

But losing hope is not the solution to any situation. If you want to achieve success or want to fulfill your dreams, faith is very important. You have to keep faith in yourself.

” If you suck and he is as good as he is, he’s going to show you how bad you suck in front of the whole world.”-David Banner

This faith will take you to success. You have to work hard for yourself. David Banner also has strong confidence in himself. By reading the quotes of David Banner, you might get inspiration in life.

This inspiration helps you to achieve success and fulfill your dreams. Do you like these David Banner quotes? If so, then do share with others as well.